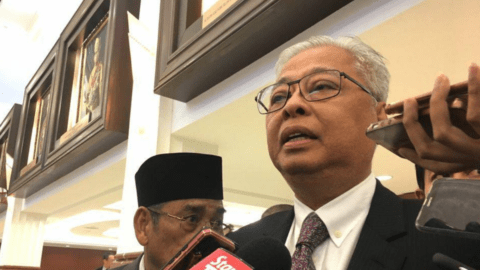 We, the undersigned international human rights organisations—ARTICLE 19 and CIVICUS World Alliance for Citizen Participation—call on the new government of Malaysia to implement a comprehensive program of reform to strengthen human rights in Malaysia, especially the rights to freedom of expression, association, and peaceful assembly, as a prospective member of the UN Human Rights Council. Malaysia must also sign and ratify the International Covenant on Civil and Political Rights (ICCPR) and demonstrate that it is committed to protect human rights.

During the Human Rights Council pledging session on 8 September 2021, organised by Amnesty International and International Service for Human Rights, H.E. Dr Ahmad Faisal Muhamad expressed Malaysia’s unequivocal commitment to advancing human rights for all, noting the domestic legislation in place to enable citizens to “exercise rights and freedoms responsible and not to suppress them.” However, over the last two years there has been a deterioration in the state of human rights and fundamental freedoms under the former Prime Minister Muhyiddin Yassin’s government. This has included violations of the rights to freedom of expression, association, and peaceful assembly, the failure to ratify key international human rights treaties, including the ICCPR, together with the government’s dismal record of cooperating with the UN human rights system.

As the government seeks membership to the UN Human Rights Council and has made public pledges to uphold human rights, it is imperative that the new government takes sincere and concrete action to improve its rights record at home. The new government has a unique opportunity to reverse the rights-violating actions of its predecessors and shift to a new rights-respecting approach. Legal and policy reform are pivotal to attain this and would demonstrate a genuine intention from the new government to meet its international human rights obligations.

Without overhauling the violations and abuse of human rights in its country, Malaysia cannot be a valuable and effective member of the Human Rights Council.

Several laws in Malaysia unduly fetter the rights to freedom of expression, peaceful assembly, and association. In order to fulfil its pledges made to the Human Rights Council, Malaysia must repeal or substantially revise the following laws:

The reform or repeal of the aforementioned laws have been repeatedly raised by the Malaysian human rights commission, human rights groups,  the UN High Commissioner for Human Rights, UN Special Rapporteurs, and other States as essential to safeguarding human rights in the country. Encouragingly, during the pledging session, H.E. Dr Ahmad Faisal Muhamad stated that “the government is cognizant of the need to continuously review these acts to make sure that they continue to be efficient, continue to be relevant, and in line with international standards.” To demonstrate that this commitment is sincere, the government must prioritise meaningful legislative reform of all laws impeding on the rights to freedom of expression, association, and peaceful assembly.

ARTICLE 19 and CIVICUS are further concerned that domestic accountability mechanisms have been weakened in Malaysia. While the Human Rights Commission of Malaysia (SUHAKAM) retains its “A” status as a National Human Rights Institution, SUHAKAM’s yearly reports have been largely ignored by the government. Although SUHAKAM’s 2018 report was debated for the first time in parliament after 19 years under the previous Pakatan Harapan government in December 2019, there was a lack of follow-through by Muhyiddin’s government.

Concerningly, on 8 August 2021 SUHAKAM announced that its commissioners have been called in for police questioning over their attendance as monitors at the #Lawan protest. Two SUHAKAM commissioners, Jerald Joseph and Dato Mah Weng Kai, were investigated on 5 August at the Dang Wangi District Police Headquarters under Section 21A of the Prevention and Control of Infectious Diseases Act 1988 and the Peaceful Assembly Act.

In presenting its candidacy for membership of the UN Human Rights Council, Malaysia made the voluntary commitment to “[c]ontinue to strengthen human rights institutions and mechanisms in Malaysia.” The government pledged funding support, law review, and more government agency engagement with SUHAKAM. A crucial requirement for fulfilling this pledge is for the government to meaningfully engage with SUHAKAM, viewing them as a key partner in upholding human rights.

In its pledges to the Human Rights Council, the government stated that it would “continue to promote diversity,” and that it “firmly embraces the values of inclusivity, acceptance, and understanding in ensuring harmony and peaceful coexistence.” The government asserted that it will take a “whole-of-society approach in the promotion and protection of human rights in the country.”

Despite legislative protections in Malaysia, namely Article 8(2) of the Malaysian Constitution, which prohibits discrimination on the grounds of religion, race, descent, place of birth or gender, systemic discrimination against minorities persists. ARTICLE 19 and CIVICUS are concerned about homophobic and discriminatory language and actions directed at LGBTQI communities, refugees, migrants, and religious minorities in Malaysia. Any form of national unity must include the rights of minorities, and there is a crucial need for more inclusive and non-discriminatory policies in place.

While the government made no reference to police reform in its pledges to the Human Rights Council, ARTICLE 19 and CIVICUS note that it is a pivotal aspect of improving rights protection in Malaysia. Police reform should be prioritised alongside legal reform, as the arbitrary implementation of rights-respecting laws can still lead to human rights violations.

ARTICLE 19 and CIVICUS have recorded dozens of incidents of harassment and intimidation by police against activists, human rights defenders and ordinary citizens because of the exercise of their right to freedom of expression. Without police reform, existing restrictive legal provisions will continue to be used to intimidate vocal critics and to shrink civic space in Malaysia.

The new government must reform the Royal Malaysia Police and establish a dedicated Independent Police Complaints and Misconduct Commission (IPCMC) with a mandate to receive and investigate complaints about police misconduct and abuse. The IPCMC should be given the necessary powers to investigate abuses, compel cooperation from witnesses and government agencies, subpoena documents, and submit cases for prosecution.

It is encouraging to hear Malaysia’s pledge to assess, monitor and implement its Universal Periodic Review (UPR) recommendations. The government has committed to work closely with the UN Office of the High Commissioner for Human Rights (OHCHR) and the UN in Malaysia to jointly develop a UPR “Monitoring Matrix” to measure the implementation of UPR recommendations that Malaysia has accepted. It has also committed to a “multi-stakeholder biannual consultation” with involvement from civil society and the UN to follow up on UPR recommendations. If adequately acted upon, these commitments could give rise to far-reaching improvements to human rights in Malaysia.

Despite this, the government’s cooperation with mechanisms of the UN Human Rights Council has historically been incredibly poor. Civil society groups working on the UPR process in Malaysia, in their 2021 midterm UPR report, concluded that steps towards ratifying the core human rights instruments, including the ICCPR, have progressed extremely slowly despite commitments made since the first UPR cycle in 2009. ARTICLE 19 and CIVICUS hope the new administration will speed up the process of ratification to illustrate its commitment to human rights as it seeks Human Rights Council membership.

In 2019, the Pakatan Harapan government implemented a policy of standing open invitations for visits by the UN Special Procedures. Malaysia has previously hosted various Special Rapporteurs including  on the sale and sexual exploitation of children,  on the human rights to safe drinking water and sanitation, and on extreme poverty and human rights. The new government should uphold this policy of open invitations, and in particular extend invitations to the Special Rapporteurs on the Rights to Freedom of Peaceful Assembly and of Association, on the Promotion and Protection of the Right to Freedom of Opinion and Expression, and on Freedom of Religion or Belief. ARTICLE 19 and CIVICUS urge the new government to respond to individual communications from Special Procedures and enter into meaningful dialogues with UN experts rather than deny allegations outright as previous governments have.

To demonstrate its commitment to human rights as a prospective member of the UN Human Rights Council, ARTICLE 19 and CIVICUS make the following recommendations to the Malaysian government:

ARTICLE 19 and CIVICUS express sincere hope that the new government will take these steps to address the human rights concerns highlighted above and stand ready to engage in constructive dialogue to support such efforts. We hope to hear from you regarding this matter as soon as possible.