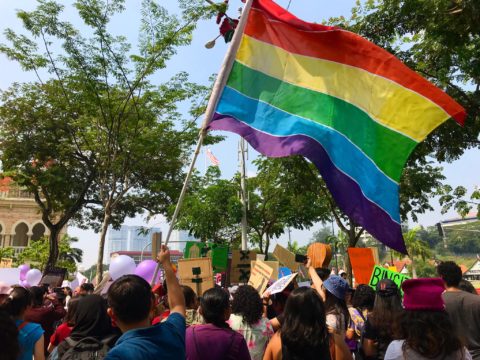 On 19 January, the Deputy Minister in the Prime Minister’s Department of Religious Affairs Ahmad Marzuk Shaary stated that the government is considering amending the Syariah Courts (Criminal Jurisdiction) Act 1965 to strengthen penalties imposed on the LGBTQI community. The Act currently provides for penalties of up to three years imprisonment, six lashes, and a fine for offences under Islamic law. The Deputy Minister stated that the government hoped the amendment “would prevent them from committing more offences.” He also said that he had informed state religious agencies to take action against members of the LGBTQI community that violate the law and had asked the public to report LBGTQI activities to religious authorities.

“The Deputy Minister’s statement is representative of the government’s increasingly aggressive approach to the LGBTQI community in Malaysia. During the pandemic, the government should be considering ways to support vulnerable groups instead of deepening persecution and stigmatisation. The government should abandon the use of discriminatory laws and embrace its responsibility to uphold the human rights of all without distinction.

“On a daily basis, LGBTQI people face an extremely hostile environment in Malaysia. Malaysia’s laws criminalise individuals based on their identity and personal choices, placing them at risk of violence, arrest, and harassment. State policies aimed at ‘altering’ sexual orientation stigmatise LGBTQI persons and disincentivise them from seeking medical treatment during a severe health crisis.”