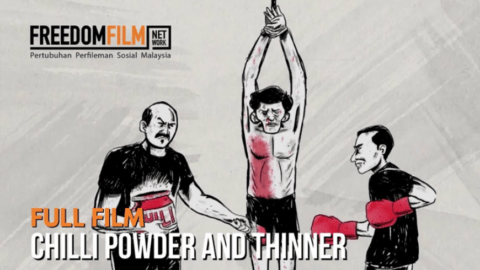 Retaliatory investigations of human rights defenders and journalists raising concerns about police brutality highlight the need to protect freedom of expression and ensure accountability for police misconduct in Malaysia, said ARTICLE 19. Authorities must drop all criminal proceedings against individuals who have spoken out against police misconduct, including two individuals who will be questioned today about an animated film telling a real-life story of death in custody.

“Exposing police misconduct is a public service and a service to the police force itself. The media, filmmakers, and independent watchdogs all have a role to play in exposing and addressing the torture and ill-treatment of detainees in Malaysia,” said Matthew Bugher, ARTICLE 19’s Head of Asia Programme. “The silencing of artists and activists contributes to the atmosphere of impunity that fuels police misconduct.”

On 12 June 2021, human rights organisation Suara Rakyat Malaysia (SUARAM) and Freedom Film Network (FFN)—organiser of an annual human rights documentary film festival ‘FreedomFilmFest’—collaborated to create and premiere a short-animated film entitled ‘Chili Powder and Thinner’. The film depicts Malaysian police officers torturing and abusing individuals in custody. One method illustrated in the film—the application of chili powder and paint thinner to the skin—is the source of the film’s name.

On 17 June, Free Malaysia Today journalist Hakimie Amrie Hisamudin was called for questioning about his article on the short film. On 1 July, two more individuals were called for questioning over the film: FreedomFilmFest organiser Anna Har and the animator of Chili Powder and Thinner, Amin Landak. Today, Annar and Amin will be questioned at the Bukit Aman Malaysia Police Headquarters under Sections 500 and 505(b) of the Penal Code—concerning defamation and ‘statements conducing to public mischief,’ respectively—along with Section 233 of the Communications and Multimedia Act, which criminalises the use of ‘network facilities or network service’ to transmit communications that are ‘obscene, indecent, false, menacing or offensive in character with intent to annoy, abuse, threaten or harass another person.’

The investigation of these three individuals regarding Chili Powder and Thinner contributes to a broader pattern of authorities attempting to quell allegations of police misconduct. Police brutality and abuse of power have been topics of heated discussion online, but authorities routinely silence such discourse by threatening individuals with criminal investigation. In May and June, two Malaysiakini sub editors and one journalist were questioned in relation to articles about the death of A Ganapathy shortly after being released from police custody. Muar Member of Parliament Syed Saddiq Syed Abdul Rahman was also questioned over a video he posted to his Instagram account regarding the death of Ganapathy. The video was entitled ‘#JusticeforGanapathy’.

In 2005, a Royal Commission to Enhance the Operation and Management of the Royal Malaysia Police studied police abuses and recommended a series of measures to promote accountability and prevent police misconduct. A key recommendation was the establishment of an Independent Police Complaints and Misconduct Commission (IPCMC) to investigate police abuses and discipline those responsible. Police leadership has resisted independent oversight and the IPCMC has not yet been established, despite vigorous and sustained campaigning from civil society and human rights organisations.

“Police retaliation against individuals amplifying concerns about torture and deaths in custody sends a clear and chilling warning to the public,” said Bugher. “Expressing an opinion about a matter of public interest is not a crime, unlike the use of torture by police.”