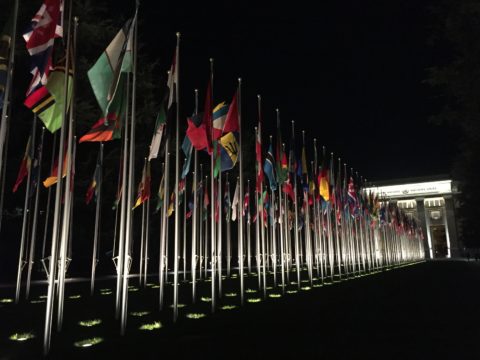 ARTICLE 19 is deeply concerned by an Egypt-led resolution on “the effects of terrorism on the enjoyment of human rights”, adopted by vote at the UN Human Rights Council (HRC) on 24 March. The resolution threatens international human rights law, including on freedom of expression, providing potential justification for abusive “counter-terrorism” measures.

The resolution fails to meet the needs of the victims of terrorism, and instead instrumentalises their suffering to distract international scrutiny from the deteriorating human rights situation in Egypt and elsewhere.

The serious and global challenges which terrorist attacks pose require a united response from the UN that safeguards and strengthens the international human rights system. This divisive resolution does the opposite, and should be abandoned in favour of the consensus-based approach in the parallel resolution on countering terrorism and human rights, led by Mexico.

The resolution “on the effects of terrorism on the enjoyment of human rights” (A/HRC/31/L.13) was led by Egypt with a core group of Saudi Arabia, Algeria, Morocco, Libya, and Jordan. It was adopted by a vote, with 14 States voting against, 5 abstaining, and 28 States voting in favour.[i]

As ARTICLE 19 advocated during the 31st Session of the HRC, the resolution suffers from four serious defects:

2. It attacks freedom of expression, in particular for the media and online. It portrays independent media and information communications technologies as threats to national security. This includes:

3. It takes a security-focused approach inappropriate to the HRC’s mandate. In spite of concessions made throughout the negotiation process, the resolution is still severely imbalanced towards the protection of national security at the expense of (rather than bolstered by) protections for human rights. The limited attention given to the issue of human rights is under-inclusive, with attention only on the right to life, liberty and security (Article 3 UDHR), without due regard to other protections such as the absolute prohibition on torture, or the targeting by terrorists of human rights defenders and journalists for exercising their right to freedom of expression.

4. It fails to respond to the needs of victims of terrorism, instead instrumentalising their suffering to weaken the international human rights system that is designed for their protection. It calls for the Office of the High Commissioner for Human Rights (OHCHR) to produce a report on the effects of terrorism that is unnecessary, as it is duplicative of recent reports from OHCHR and the HRC’s special procedures.[viii]

These concerns are made particularly acute by the crackdown on civil society and independent voices in the States in the core group backing the resolution, in particular the intensification of repressive measures against civil society in Egypt.

Egypt’s assault on independent civic organising continues on the pretext of protecting “national security”. Human rights organisations such as the Nadeem Center are facing forced closure for activities protected by international human rights law, while media outlets are banned on reporting on it. Asset freezes, travel bans and “foreign funding” investigations have become the preferred mode of stifling the work civil society organisations. For this reason, ARTICLE 19 was one of several organisations calling for the HRC to condemn Egypt’s actions.

In this context, Egypt’s resolution appears to be a deliberate ploy to distract the international community from the deteriorating human rights situation at home as well in other countries.

Although the resolution was adopted, ARTICLE 19 welcomes that many HRC Member States voted against it, responding to the concerns of civil society outlined in a joint letter. Notably, opposition to the initiative came from States across all UN regions.

Belgium was among the States to vote against the resolution only days after terrorist attacks in Brussels killed and injured people of 49 different nationalities. In a powerful intervention leading up to the vote, Bertrand de Crombrugghe, the Ambassador of Belgium, urged that the response of the international community “cannot be guided by fear” but must “pursue the establishment of a framework which preserves our values”. The Ambassador called on all States to vote against the resolution.

Concerns on the resolution were also reported in Turkish media, where media freedom has come under increasing pressure following recent terrorist attacks in Istanbul, Ankara, and Suruç.

In contrast, the long running Mexican-led resolution on “the protection of human rights and fundamental freedoms while countering terrorism” (A/HRC/31/L.3) was adopted again by consensus at the 31st Session of the Human Rights Council, extending the mandate of the UN Special Rapporteur on this issue for another three years. The Special Rapporteur has, appropriately, devoted particular attention to the international human rights obligations of States vis-à-vis the victims of terrorism, as well addressing comprehensively the importance of counter-terrorism initiatives complying with international human rights law.

[ii] See, for example, operational paragraph 4 “Urges States, while countering terrorism, to respect and protect all human rights, bearing in mind that certain counter-terrorism measures may have an impact on the enjoyment of those rights;”

[iii] See, for example, operative paragraph 8: “Urges States to take appropriate measures to duly investigate the incitement, preparation or commission of acts of terrorism, and to bring to justice those engaged in such acts in accordance with national criminal laws and procedures and international human rights law, as applicable”.

[iv] See, for example, preambular paragraph 5: “Reaffirming also the right of the people to live in peace, freedom and security and their right to be protected at all times from the threat of terrorism”.

[v] Operational Paragraph 7. This paragraph was added to the tabling version of the resolution despite not being recommended by any State or openly discussed in previous informal negotiations.

[viii] The HRC received the views of victims of terrorism through a Panel on the topic in 2011 (Report A/HRC/19/38, 7 December 2011), and this was the focus of Ben Emmerson’s first report as Special Rapporteur on the promotion and protection of human rights and fundamental freedoms while countering terrorism (A/HRC/20/14, 4 June 2012). The OHCHR has already set-out standards in their Fact Sheet No. 32 on “Human Rights, Terrorism and Counter-terrorism”, though the latter is not referenced in the resolution.