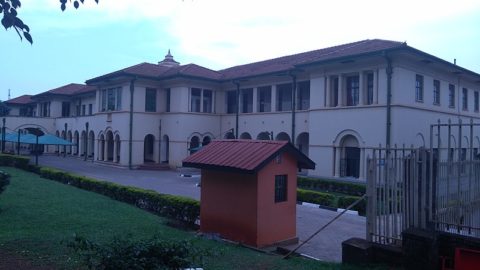 ARTICLE 19 Eastern Africa welcomes the 13 August 2021 judgement of the Constitutional Court of Uganda declaring certain provisions of the Anti-Pornography Act 2014 unconstitutional. According to the court, the provisions constituted an unjustifiable restriction on the right to freedom of expression.

Since the passage of the Anti-Pornography Act, 2014, police have arrested and charged several people under sections 13(1) and 13(2) of the Act. The sections prohibit, among other things, producing, publishing, or broadcasting any form of pornography, or participation in such activities. They carry a maximum fine of UGX 10,000,000 (approx. 2,832 USD) or a maximum prison sentence of 10 years, or both.

In 2015, police arrested Jemimah Kansiime, a Ugandan musician, and charged her with contravening this section. Her arrest was related to a song in which she euphemistically referred to men’s sexual prowess. Jemimah was the first Ugandan to be prosecuted under the Act. Her case was postponed pending the outcome of the petition to the constitutional court. Police also arrested Ugandan model Judith Heard and charged her under the same Act because her naked photos had been leaked online.

The case challenging the provisions of the Act was filed by nine Petitioners including civil society groups and individuals.  The Constitutional Court stated that the definition of pornography under section 2 of the Act did not provide for the precise conduct which was prohibited, hence leaving it open to inconsistent application. Section 2 of the Act defines pornography as: “any representation through publication, exhibition, cinematography, indecent show, information technology or by whatever means, of a person engaged in real or simulated explicit sexual activities or any representation of the sexual parts of a person for primarily sexual excitement. The court noted that the Act did not define the phrase ‘indecent show,’ hence no threshold was apparent for conduct that would fall under its ambit.

“We welcome the judgement and reiterate that provisions limiting freedom of expression must be drafted in a clear and unambiguous manner; otherwise they are open to abuse by law enforcement officials and authorities. Provisions that are ambiguous and vague leave room for inconsistent application, thus leading to uncertainty in the law.’’

In its judgement, the Constitutional Court observed that the prohibition of pornography in the law was a limitation of freedom of expression that did not serve a legitimate aim. While the law was passed to allegedly protect women and children from sexual offences, the Court noted that the legal provisions were not rationally connected to those objectives. ARTICLE 19 Eastern Africa notes that legitimate aims claimed to be pursued must be connected with the measures that have been introduced in laws. This speaks to the doctrine of necessity. Additionally, the restrictions must also be the least restrictive means in accordance with the doctrine of proportionality.

‘The decision of the Constitutional Court of Uganda is commendable and sets an extremely important precedent in the adherence of the three-part test of legality, legitimacy, necessity and proportionality in limiting freedom of expression. We urge other courts of law in Eastern Africa to follow the Ugandan example,’’ continued Mugambi Kiai.

In Kenya, there is currently a bill in the National Assembly introducing anti-pornography provisions. In our submission to the Member of Parliament sponsoring the bill, Honourable Aden Duale, ARTICLE 19 Eastern Africa noted fundamental flaws in the bill, including lack of a legitimate aim in the blanket proscription of pornography; clauses that are drafted in vague and subjective words that could be abused by authorities; and the disproportionate penalties. The net effect of the law will be to stifle freedom of expression in Kenya.

ARTICLE 19 Eastern Africa urges the National Assembly to reject this bill due to the pervasive negative effects it will have on freedom of expression, which is the cornerstone of democracy.