There has been a rise in the use of lethal force by Kenyan police, particularly in response to those exercising their right to protest. In 2016, police officers allegedly killed a total of 122 civilians, a 7% increase from 2015. Police have frequently beaten and used live ammunition against protestors, particularly around elections.

Journalists, bloggers, and activists are also frequently arrested or prosecuted on a variety of charges, and officials have allegedly pressured media outlets to curb unfavorable coverage. Despite pressures, many media houses continued to produce critical reporting on the government, and a number of activists use the country’s judicial system to fight back against threats.

ARTICLE 19 has successfully sought to protect free expression through the courts, leading to the High Court in Kenya declaring parts of laws on criminal defamation and ‘undermining public authority’ unconstitutional. We have worked with bloggers and online communicators to train them in online safety and challenged laws unduly limiting online expression. We train civil society and public officials on how to use and implement the Freedom of Information Act, and we assist civil society groups in engaging with the international and regional bodies. 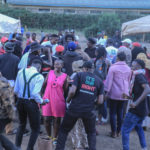 Kenya: Use of force on striking aviation workers violates right to protest 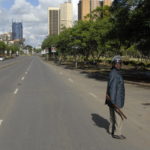