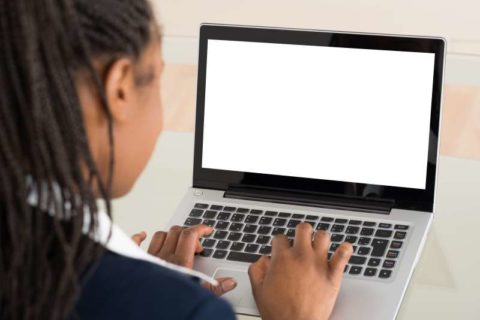 ARTICLE 19 Eastern Africa, Access Now, the Bloggers Association of Kenya, Defenders Coalition, the Kenya ICT Action Network and the Kenya Union of Journalists jointly appeal for the immediate withdrawal of the Bill, in its entirety. If enacted, an outright ban on pornography will be enforceable in Kenya, and the government will possess the power to interfere with access to communications platforms and digital technologies. The Computer Misuse and Cybercrimes (Amendment) Bill, 2021 will also expand illegitimate cyber-harassment and cyber-terrorism provisions in the CMCA, 2018.

The joint letter and memorandum to Hon. Aden Duale follows.

RE: REQUEST TO WITHDRAW THE COMPUTER MISUSE AND CYBERCRIMES

We appeal to you directly, as the main sponsor of the Bill, in your capacity as a Member of Parliament tasked with promoting the rights and interests of the Kenyan populace, and the immediate former Majority Leader of the National Assembly of Kenya to immediately withdraw the Bill for the following reasons:

Under Article 33 (2) of the Constitution of Kenya, 2010, the right to freedom of expression can only be legitimately restricted where it amounts to ‘propaganda for war; incitement to violence; hate speech; or advocacy of hatred that – constitutes ethnic incitement, vilification of others or incitement to cause harm; or is based on any ground of discrimination specified or contemplated in Article 27 (4).’

Based on this, the proposed ban on pornography under clause 3 of the Bill is not one of the permitted grounds specified under Article 33 (2) of the Constitution of Kenya, 2010, thus violating the right to freedom of expression, online and offline. Further, pornography is not a form of expression that may be restricted under international law. If Kenya adopts this proposal, it will be in violation of its obligations under the Universal Declaration of Human Rights (UDHR), the International Covenant on Civil and Political Rights (ICCPR) and African Charter on Human and Peoples’ Rights (ACHPR).

This proposal also violates Article 24 of the Constitution of Kenya, 2010 as the Bill has not complied with the standard thereunder. We draw attention to the Geoffrey Andare case where the High Court found Section 29 of the Kenya Information and Communication Act, CAP 411A unconstitutional, on grounds that the State failed to discharge its duty under Articles 24 and 33 (2) of the Constitution of Kenya, 2010. Here, the Court emphasised that:

The proposal under clause 2 of the Bill to expand the National Computer and Cybercrimes Coordination Committee’s functions to ‘recommend that websites be rendered inaccessible in the Republic of Kenya’ will interfere with the rights to freedom of expression and access to information, both online and offline. In turn, the enforcement of these recommendations will violate Articles 33 and 35 of the Constitution of Kenya, 2010, and will undermine ongoing efforts by state and non-state actors to expand access to communication platforms and digital technologies in Kenya.

Under Principle 38 of the Declaration of Principles on Freedom of Expression and Access to Information in Africa, States are prohibited from interfering with individuals’ right to ‘seek, receive and impart information through any means of communication and digital technologies, through measures such as the removal, blocking or filtering of content, unless this interference is justifiable and compatible with international human rights law and standards.’ UN experts and high-level officials, including the UN Secretary-General, have also formally affirmed that “blanket Internet shutdowns and generic blocking and filtering of services are considered by United Nations human rights mechanisms to be in violation of international human rights law.”

Under clause 2 of the Bill, we note that the proposed expansion of the Committee’s functions is vague, grants virtually limitless powers of recommendation to the Committee, introduces enforcement challenges, and fails to meet the legal certainty and legality tests under the Constitution of Kenya 2010, and under international law. Specifically, this proposed amendment fails to specify: what criteria will be used by the Committee to recommend websites to be made inaccessible; whether the recommendations must adhere to the permissible limitations of freedom of expression under international law and the Constitution of Kenya, 2010; who the Committee recommends to; which entities (private and/or state) will be tasked with executing and/or implementing the Committee’s recommendations to render websites inaccessible; whether liability will be imposed on communications intermediaries; whether these recommendations, and/or their implementation, will be subject to oversight from an independent body, such as the judiciary; and what due process guarantees or remedies will be available to individuals and communities affected by the implementation of these recommendations.

Lastly, the proposed expansion of the Committee’s functions will result in a duplication of already existing functions possessed by two regulatory bodies, namely the Communications Authority of Kenya and the Kenya Film Classification Board. This duplication risks introducing legal uncertainty into the regulation of communications services in Kenya, which will infringe on the principles of the rule of law and legality under the Constitution of Kenya, 2010.

Under clause 3 of the Bill, the proposed definition of ‘pornography’ relies on the term ‘sexually explicit conduct’ which is vague, extremely subjective and fails to lend legal certainty. This sweeping definition bestows largely unfettered discretion which could be used to prosecute individuals in the creative and artistic communities who use nudity, depictions of sex or eroticism – that should only be accessible to adults – to express their artistic, journalistic and academic freedoms.

This provision could also be used to police content of a sexual nature – that should only be accessible to adults – that is legitimate and lawful, and protected under the right to free expression under Article 33 (1) (b) and (c) of the Constitution of Kenya, 2010 which provides for freedom of artistic creativity, academic freedom and freedom of scientific research. Based on this, the proposed amendment contravenes the principle of the rule of law and fails to meet the legal certainty and legality tests under the Constitution of Kenya 2010, and under international law.

Clause 4 of the Bill seeks to criminalise conduct using the word ‘likely’ which is vague, requires subjective interpretation, fails to meet the threshold for causation to establish criminal liability, and contravenes the principles legality, legal certainty and the rule of law. Further, this proposed expansion risks entrenching existing uncertainty and illegality latent in the cyber-harassment provision under Section 27 of the CMCA, 2018.

The Bill introduces amendments to the CMCA, 2018 which duplicate existing provisions in other laws. For example, clause 5 of the Bill duplicates a similar provision in Section 27 of the Prevention of Terrorism Act. Likewise, clause 3 of the Bill replicates a similar provision in Section 181 of the Penal Code. This duplication raises the risk that individuals will be charged under separate offences for the same crime, enhancing the risk of excessive criminal liability.

Further, this overlap contravenes the established rule against duplicity and the principle of fairness, which entitles a person charged with a criminal offence to ‘know the crime that they are alleged to have committed, so they can either prepare and/or present the appropriate defence.’ This also risks preventing the court from ‘hearing the charge [to] know what is alleged so that it can determine the relevant evidence, consider any possible defences and determine the appropriate punishment in the event of a conviction.’ More importantly, they would violate the rights of arrested or accused persons generally to a fair trial as guaranteed under Articles 49 and 50 of the Constitution of Kenya, 2010.

Further, we re-affirm that the offences of cyber-terrorism and child pornography are improperly canvassed under the CMCA, 2018, given similar offences under Part III of the Prevention of Terrorism Act and Section 16 of the Sexual Offences Act, respectively.

Hon. Aden Duale, we draw your attention to the fact that the CMCA, 2018 is subject to ongoing legal proceedings. In February 2020, the High Court upheld the constitutional validity of twenty-six (26) impugned provisions in the CMCA, 2018, but this matter is pending appeal at the Court of Appeal. In October 2020, the High Court directed the Speakers of the two Houses of Parliament to regularise the CMCA, 2018, particularly on whether it was a bill concerning counties, lest a finding of nullification takes effect. This process is still pending and will lapse in July 2021.

Hon. Aden Duale, we stress that the cost of legislative processes is borne by Kenyan taxpayers. We urge you to ensure that taxpayers’ contributions are spent prudently and wisely, by refraining from instituting unnecessary and duplicitous legislative amendment processes, noting the current economic situation in Kenya.

The undersigned organisations have monitored and observed an increase in the frequency of one-off and repeat arrests relying on overbroad, vague and subjective content-related offences under the CMCA, 2018. These incidents have revealed violations and infringements of, and interferences with, individuals’ rights to freedom of expression and access to information and their freedoms of assembly and association, both online and offline.

For example, in 2020 alone, reports revealed that this law was used to censor information deemed ‘false’, despite falsity of information not being a permissible limitation of the right to freedom of expression under Article 33 of the Constitution of Kenya, 2010 and under international law. The following violations, infringements and interferences were documented:

Given the foregoing, we recommend that you:

We welcome the opportunity to discuss these recommendations with you.

On behalf of the undersigned organisations

The Kenya Union of Journalists