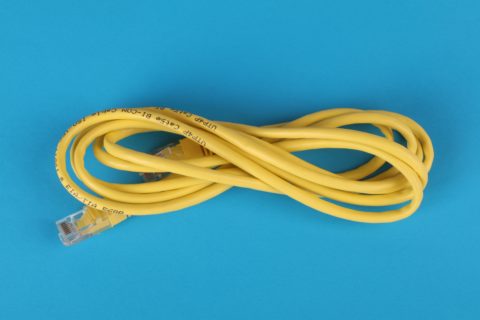 The blocking of Internet access in Myanmar is a dangerous escalation in the military’s assault on human rights in the wake of the 1 February military coup, said ARTICLE 19. The military should immediately allow unfettered Internet access, including by lifting all restrictions on access to social media platforms and media sites, and should refrain from imposing any further Internet controls. The International community should immediately call for independent access to the country by human rights experts and demand an end to Internet restrictions.

“The military is desperate to undercut the strong and growing civil disobedience campaign and stymie street protests before they gain momentum,” said Matthew Bugher, ARTICLE 19’s Head of Asia Programme. “The generals are trying to turn back the clock to an era when they did not need to worry about human rights advocates exposing their crimes on social media or pro-democracy activists coordinating on encrypted apps.”

Myanmar Internet users began to experience network disruption this morning, with Internet monitor NetBlocks reporting national connectivity dropping to 54% by 10am. Connectivity continued to deteriorate into the early afternoon, with additional reporting from NetBlocks that by 2pm connectivity had deteriorated to a mere 16%. Those outside of Myanmar reported an inability to contact those inside the country over the Internet.

At the time of writing, Myanmar authorities had not made an official announcement about the shutdown or published an order relating to the shutdown. However, Telenor, a telecommunications provider, issued a statement saying that the Ministry of Transportation and Communications had ordered all mobile operators to temporarily shut down their data networks. Telenor stated that it had decided to comply with the order because of its obligations under local law and to protect the safety of its employees. Meanwhile, it reported that voice and SMS services remained available.

The clampdown on Internet access comes as people in Myanmar have escalated actions to show their resistance to military rule. Over the past six days, hospital employees, civil servants and factory workers have walked out of their workplaces as part of a growing civil disobedience movement. Growing online campaigns first organized on Facebook moved to Twitter and other social media platforms. Today, several thousand protesters gathered in opposition to the coup, and there were reported sightings of riot police and water cannons.

On 4 February, the UN Security Council ‘expressed deep concern’ regarding the declaration of a state of emergency and the detention of State Counsellor Aung San Suu Kyi and other government officials. The Security Council called on the military to release of all those detained during the coup, refrain from violence, respect human rights, and ensure unimpeded humanitarian access to the country. It specifically ‘expressed concern at the restrictions on civil society, journalists and media workers’.

ARTICLE 19 has previously expressed grave concern at network throttling, mobile Internet shutdowns, the blocking of ethnic news media websites, and restrictions on social media platforms in Myanmar. ARTICLE 19 has repeatedly called for the Telecommunications Law to be reformed, including by repealing Section 77.

Under international law, the rights to freedom of expression and information may only be restricted if the restrictions are prescribed by law, in pursuit of a legitimate aim, and necessary and proportionate to that aim. These standards apply equally online. In their 2011 Joint Declaration on Freedom of Expression and the Internet four special procedures stated that, ‘Cutting off access to the Internet, or parts of the Internet, for whole populations or segments of the public (shutting down the Internet) can never be justified, including on public order or national security grounds’.

In 2016, the UN Human Rights Council, in response to a number of States having recently shut down access to the Internet or digital communication tools, condemned ‘measures to intentionally prevent or disrupt access to or dissemination of information online in violation of international human rights law’ and called on all States to refrain from and cease such measures. The UN Human Rights Council has repeatedly called on Myanmar to end Internet restrictions.

“The international community cannot let the Myanmar military operate under the cover of darkness,” said Bugher. “The next few days will be very dangerous for journalists, activists, and human rights defenders in Myanmar. Foreign governments and UN bodies must swiftly and strongly condemn the Internet shutdown and take urgent action to ensure robust and impactful monitoring of the human rights situation in the country.”