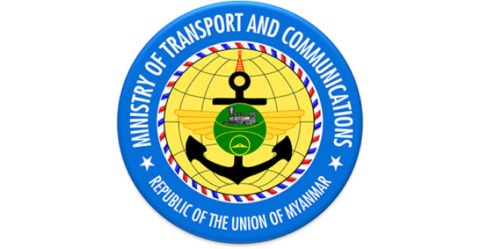 Myanmar’s decision to block access to ethnic news websites violates the right to freedom of expression, ARTICLE 19 said today. Over the past two weeks, the Ministry of Transport and Communications (‘MOTC’) has directed telecommunications operators to block access to 221 websites, including those allegedly disseminating ‘fake news’. The banned websites include ethnic media outlets Development Media Group, Narinjara, and Karen News, as well as several Rohingya news sites.

“The move to block ethnic news websites is a drastic and unjustified step by the Myanmar government,” said Matthew Bugher, ARTICLE 19’s Head of Asia Programme. “This is full-blown censorship of the kind not seen in Myanmar since Aung San Suu Kyi’s government took office.”

Approximately two weeks ago, the MOTC directed telecommunications operators to block 207 websites that, according to Myanmar authorities, contain adult content, depict child sexual abuse, or contribute to misinformation. On 23 March, the MOTC ordered the operators to block an additional 14 websites it accused of spreading ‘fake news’. While Telenor initially resisted the order to block websites on the basis of their alleged dissemination of ‘fake news’, all telecommunications operators have now complied with the directives.

The government has provided no explanation regarding the ’emergency situation’ that justifies the use of section 77. It has further failed to provide any information, justification, or analysis as to why particular websites were included in its directive. However, Director General of the Directorate of Communications U Myo Swe has stated generally that the directive was in part in response to ‘fake news’ about COVID-19.

Some of the media outlets impacted by the website ban have done little reporting on the COVID-19 crisis, but have been active in covering armed conflict, human rights concerns, and the conduct of the Myanmar military. For example, Karen News has recently reported on an escalating conflict between ethnic Karen communities and a military-backed cement factory in Myaingkalay, as well as other development projects impacting the Karen people. Development Media Group and Narinjara have provided coverage of armed conflict and human rights abuses in Rakhine and Chin States.

“COVID-19 may be a convenient excuse for the Myanmar government, but the directive smacks of military interference aimed at silencing those investigating and reporting on the human rights abuses and official misconduct,” said Matthew Bugher.

The order comes amidst an Internet shutdown in Myanmar’s Rakhine and Chin States, now ongoing for more than nine months. The Internet shutdown has also been directed under section 77 of the Telecommunications Law. It has been sharply criticized by human rights organisations and the Human Rights Council for its impact on freedom of expression and access to information. Concerns about the human rights impacts of the shutdown have deepened in recent months as conflict in Rakhine State escalates and the novel coronavirus spreads in Myanmar.

Under international law, freedom of expression can be restricted only in specific circumstances, often articulated as a three-part test. Restrictions must be prescribed by law, and hence formulated with sufficient precision to enable an individual to regulate his or her conduct accordingly. They must pursue one of the aims enumerated in Article 19 of the International Covenant on Civil and Political Rights (ICCPR): respect of the rights or reputations of others, protection of national security, public order, public health or morals. Further, they must be necessary and proportionate. Necessity requires that there must be a pressing social need for the restriction. Proportionality requires that a restriction on expression is not overly-broad and that it is appropriate to achieve its protective function.

Measures designed to censor ‘fake news’ frequently violate the right to freedom of expression. They are often not narrowly tailored to address a legitimate aim, and are applied when less restrictive means of addressing the alleged harm are available. Four freedom of expression rapporteurs have stated that, ‘general prohibitions on the dissemination of information based on vague and ambiguous ideas, including “false news” or “non-objective information”, are incompatible with international standards’.

The MOTC’s directive is not necessary or proportionate and lacks procedural fairness. Where legitimate aims are in fact threatened, less intrusive measures, such as addressing specific content, rather than blocking entire websites, are available. The blocking of entire websites is an extreme measure that should only be taken in accordance with clear procedural protections. In general, websites should only be blocked by a court or other independent and impartial adjudicatory body that has determined that blocking is necessary and proportionate to a legitimate aim. In any case, those impacted by the blocking, including telecommunications operators, website operators, and civil society organisations, should have an opportunity to be heard in court.

“Allowing governments to become the arbiters of truth is a profoundly dangerous game”, said Matthew Bugher. “This is especially true in a country like Myanmar, where the government’s drive to control narratives around conflict and issues affecting ethnic minorities has already proved deeply harmful.”