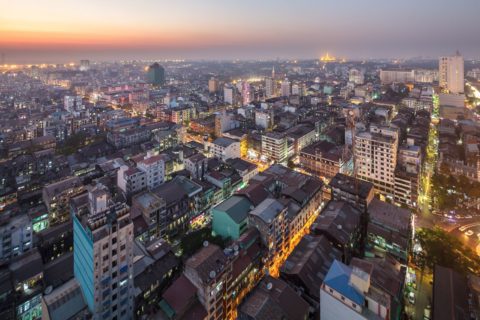 The Myanmar military’s order to temporarily block access to Facebook marks a deepening crisis for freedom of expression in post-coup Myanmar, said ARTICLE 19. Given that so many people in Myanmar access online content primarily through Facebook, the order will have a massive impact on the public’s ability to receive and share information. The Myanmar military should immediately lift restrictions on access to Facebook and refrain from imposing further Internet controls.

“With one of its first acts, the military has signalled that Internet censorship will be a major part of its strategy to suppress dissent and control public discourse,” said Matthew Bugher, ARTICLE 19’s Head of Asia Programme. “The Myanmar people are intimately familiar with the heavy hand of the military. The generals, who previously presided over strict censorship of newspapers, have adapted their tactics for the digital age.”

On 3 February, the Ministry of Transport and Communications ordered all Internet service providers to block access to Facebook until midnight on 7 February 2021. The order was issued under section 77 of the Telecommunications Law and stated that the action had been taken to stop the spread of misinformation and ‘agitation’ impacting the state’s stability.

According to network monitor NetBlocks, by early this morning most Internet service providers had complied with the order, with some providers also restricting access to Facebook-owned platforms WhatsApp and Instagram. Telenor, a mobile service provider operating in Myanmar, issued a statement asserting that it believed the order was not consistent with international human rights law but had nevertheless decided to comply with the order.

In the past two years, Myanmar’s civilian government increasingly imposed restrictions on Internet access as a means of controlling narratives and the flow of information. On 20 June 2019, the Ministry of Transport and Communications ordered telecommunications operators to restrict mobile Internet Services in Rakhine and Chin States. 2G services were later restored, but connections remained so slow that users had difficulty accessing websites and using mobile apps. On 2 February, the day after the coup, news outlets began reporting that 4G Internet access in Rakhine and Chin States had been restored. In 2020, the Myanmar government blocked access to the websites of several ethnic media outlets and a prominent human rights campaign group. On Monday, the military appeared to block mobile connections and throttle Internet speeds across the country as the coup unfolded.

Under international law, the rights to freedom of expression and information may only be restricted if the restrictions are prescribed by law, in pursuit of a legitimate aim, and necessary and proportionate to that aim. These standards apply equally online. In their 2011 Joint Declaration on Freedom of Expression and the Internet four special procedures stated that, ‘Cutting off access to the Internet, or parts of the Internet, for whole populations or segments of the public (shutting down the Internet) can never be justified, including on public order or national security grounds’.

In 2016, the UN Human Rights Council, in response to a number of States having recently shut down access to the Internet or digital communication tools, condemned ‘measures to intentionally prevent or disrupt access to or dissemination of information online in violation of international human rights law’ and called on all States to refrain from and cease such measures. The UN Human Rights Council has repeatedly called on Myanmar to end Internet restrictions.

ARTICLE 19 has advocated for the Myanmar government to reform the Telecommunications Law, including by repealing Section 77. During its recent Universal Periodic Review, UN member states called on Myanmar to reform its repressive legal framework. Germany specifically called on the government of Myanmar to repeal Section 77 of the Telecommunications Law.

The UN Guiding Principles on Business and Human Rights state that businesses should ‘[s]eek to prevent or mitigate adverse human rights impacts that are directly linked to their operations, products or services by their business relationships, even if they have not contributed to those impacts’.

“Blocking Facebook is a depressingly transparent effort to stifle any resistance to military rule, including a burgeoning civil disobedience campaign,” said Bugher. “The move will drastically diminish the ability of civil society, activists, and everyday people to organize and communicate with the outside world.”