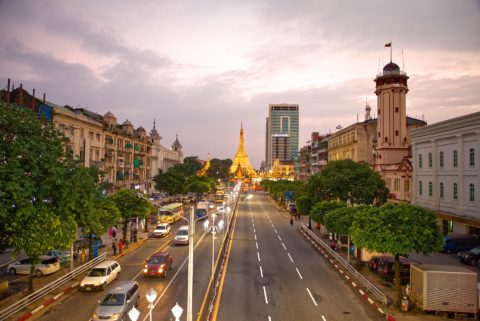 While carrying out a coup, the Myanmar military severely restricted access to telecommunications services and arbitrarily detained prominent critics of the military, ARTICLE 19 said today. These actions, as well as recent attacks on journalists, violate the rights to freedom of expression and information. The Myanmar military should immediately restore full connectivity, ensure uncensored access to the Internet, release all those detained during the coup, and take actions to prevent further attacks on journalists.

“The network disruptions experienced today appear to be an attempt by the Myanmar military to blindfold and gag the population,” said Matthew Bugher, ARTICLE 19’s Head of Asia Programme. “Myanmar has a dark history of communications blackouts. A network disruption of this scale is cause for alarm.”

Early this morning, the Myanmar military launched a coup, arresting State Counsellor Aung San Suu Kyi, dozens of government officials, civil society leaders, and prominent government critics. The military elevated Vice President Myint Swe of the military-backed Union Solidarity and Development Party to the office of President and announced a one-year state of emergency, thereby handing control of government to Commander-in-Chief Min Aung Hlaing. The military justified its actions based on allegations of fraud in the November 2020 general elections and promised fresh elections.

Throughout the day, Myanmar residents reported intermittent interruptions in mobile coverage and Internet connections. According to Internet monitor NetBlocks, telecommunications disruptions began around 3am local time. National connectivity levels decreased first to 75 percent and by 8am to 50 percent. Although by late afternoon on Monday connectivity had increased again to roughly 75 percent, general connectivity remained intermittent.

NetBlocks suggested the network disruption pointed to a ‘centrally issued telecoms blackout order’. One major telecommunications operator, the Norwegian firm Telenor, released a statement Monday morning expressing its concerns and acknowledging network problems but provided no further clarity on the situation. The military has yet to release any statement on the Internet disruptions.

ARTICLE 19 has consistently raised concerns about long-standing Internet restrictions in Rakhine and Chin states and government blocks on ethnic media websites in Myanmar.

In addition to detaining Aung San Suu Kyi and other government officials, the military has reportedly rounded up prominent civil society figures such as leaders of the 88 Generation and human rights filmmaker Min Htin Ko Ko Gyi. Min Htin Ko Ko Gyi was previously imprisoned for writing Facebook posts critical of Myanmar’s 2008 Constitution and the role it gives the military in government.

“The military has cast a wide net in the first wave of arrests associated with the coup,” said Bugher. “The military should immediately release those arbitrarily detained, including any activists and military critics.”

In the days leading up to the coup, nationalist protesters reportedly attacked journalists covering pro-military rallies, leading the Myanmar Press Council to issue a statement condemning the attacks. Additional attacks on journalists were reported today.

“Military officials should call on their supporters to cease attacks against journalists covering pro-military protests,” said Bugher. “The military must act immediately to prevent further violence against those providing much-needed information to the public.”