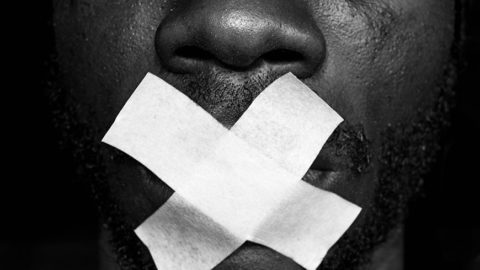 ARTICLE 19 is concerned with the continued use of broad censorship powers by the Kenyan Film and Classification Board (KFCB), violating free expression. We call on the government of Kenya to amend or completely repeal the Film and Stage Plays Act Cap 222 to address the vague sections including sections 6, 7 and 8 which grant the Board licensing officer wide discretion to limit freedom of expression, sometimes based on arbitrary, vague and overly broad provisions which fall short of the threshold for limitation of a constitutional right.

On 23 September 2021, the KFCB restricted the exhibition, distribution, possession or broadcasting within the Republic of Kenya of a 52-minute film titled, ‘I am Samuel’, due to its theme on homosexuality. In a statement, the Board stated that the film violates Article 165 of the Penal Code that outlaws homosexuality, as well as the provisions of the Films and Stage Plays Act.

“The ban outrightly violates the right to freedom of expression according to international standards and the Kenyan constitution. It directly limits the ability of LGBTQ individuals and communities to freely express themselves. The Film and Stage Plays Act should be amended to address the wide discretion given to KFCB officers to restrict production of content,” said Mugambi Kiai, Regional Director for Article 19 Eastern Africa.

While members of the LGBTQ community have the same rights as everyone else, as espoused by the principle of equality before the law in Article 27 of the constitution of Kenya, they face challenges arising from colonial laws that criminalize consensual same-sex relations. The Penal Code (Sections 162 to 165) criminalise consensual same-sex practices among adults and carries a penalty of up to 14 years imprisonment. These provisions have been used to justify physical violence, harassment, arbitrary arrest and detention, stigmatisation and discrimination against LGBTQ persons. Various attempts to decriminalise same-sex relations have been unsuccessful.

Wanuri Kahiu, who directed Rafiki, and the Creative Economy Working Group, with Article 19 Eastern Africa as an interested party, brought an application before the High Court seeking an order to reverse the decision of the Board to ban and restrict the screening and distribution of the film pending the judgement of the court in relation to the constitutionality of banning the film. Wanuri Kahiu argued that the ban was an infringement of her freedom of expression protected by Article 33 of the Kenyan Constitution. While offering temporary reprieve, the court initially granted the temporary removal of the ban on the film and allowing its screening in Kenya, However, on 26 April 2020 the judgement was issued, essentially declaring that the KFCB’s decision to ban the Rafiki film was constitutional and valid, dealing a huge blow to the freedom of artistic expression especially at the intersection with the LGBTQ community.

‘I am Samuel’ film

The ban of the film ‘I am Samuel’ is a perpetuation of the Board’s infringement of the freedom of artistic expression.

ARTICLE 19 further urgeS the film classification board to end the discriminatory ban on artistic expression at the intersection with the LGBTQ community and ensure freedom of expression in line with international standards without discrimination on any basis.