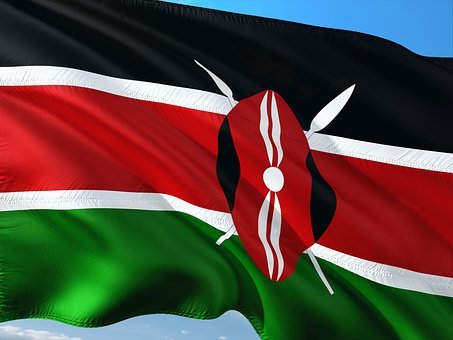 ARTICLE 19 Eastern Africa welcomes the concluding observations of the United Nations Human Rights Committee (the Committee) after Kenya’s fourth periodic review on the implementation of the International Covenant on Civil and Political Rights (ICCPR). The 131st Session of the Human Rights Committee reviewed Kenya alongside Finland. The session was held completely online due to the Covid-19 pandemic.

Ahead of Kenya’s review, ARTICLE 19 Eastern Africa submitted a report which raised serious concerns on the status of freedom of expression in Kenya. The report highlighted undue limitations in the legal framework for free expression and press freedom, laying out problematic provisions in the Penal Code that are incompatible both with national law and the Covenant. Article 33 of the Constitution of Kenya 2010 gives strong protection to the right to freedom of expression, subject to the exclusions of Article 33(2). Article 34 protects freedom of the media, and Article 35 protects access to information. Article 2 of the Constitution incorporates international law, including the ICCPR and other human rights treaties which Kenya has ratified, directly into national law.

Despite this, content-based restrictions on expression – that do not comply with international human rights law and standards – remain in the penal code. Section 132 of the Penal Code criminalises anyone whose statements or acts “[excited] defiance of or disobedience” to public officers or “calculated to discredit” them, making it punishable by up to three years’ imprisonment. These extremely vague terms enabled its routine misuse by state officials to government critics. Section 194 of the Penal Code contains provisions on criminal defamation. Both provisions were declared unconstitutional by the High Court of Kenya in 2017 but are yet to be repealed. Another provision of particular concern is Section 181 of the Penal Code, which prohibits the “distribution and exhibition of indecent content with the potential to corrupt morals”, punishable by imprisonment for 2 years or a fine of seven thousand shillings. In practice, this provision has granted significant and excessive leeway for the authorities to repress artistic expression, particularly for LGBTI-related content.

Ahead of Kenya’s review, ARTICLE 19 Eastern Africa singled out Kenya’s failure to put in place measures to ensure press freedom, the safety of journalists, human rights defenders and others facing serious risks for exercising their right to freedom of expression, especially during the election period. Between 1 January 2015 and 31 April 2019, ARTICLE 19 Eastern Africa documented 285 incidents of attacks against journalists and media workers, including harassment, arbitrary arrests and physical attacks. State actors were believed to be responsible for or connected to a significant proportion of these attacks, including police, elected politicians, and other government officials. Acts of violence targeting journalists were particularly pronounced in the run-up to the 2017 elections. The report indicated a recurring pattern of law enforcement authorities failing to investigate or take protective action in response to criminal complaints from journalists, human rights defenders, and other communicators.

In the report, ARTICLE 19 Eastern Africa also highlighted concerns with restrictive laws that undermine press freedom. The media sector in Kenya is regulated through two laws: The Media Council Act (2013) (MCA) and the Kenya Information and Communications (Amendment) Act (2013) (KICA).   Both are overly restrictive, containing severe criminal penalties for journalists and media outlets. Additionally, the Computer Misuse and Cybercrimes Act 2018 (CMCA) has created serious clawbacks on the enjoyment of online expression. The Act re-introduces criminal defamation, which was declared unconstitutional in 2017 and the offence of “publication of false information”. The CMCA contains 26 provisions that have been used to undermine free speech and media freedom by punishing social media commentators and media practitioners who expose corruption and challenge people in power. Trends are pointing to the Government using the CMCA to target bloggers and social media commentators under the guise of criminal defamation. Since the onset of the COVID-19 pandemic in March 2020, ARTICLE 19 Eastern Africa documented at least 10 cases of journalists, including online communicators, arrested or threatened with prosecution under section 23 of CMCA for allegedly publishing and spreading “false and alarming information” on social media about the coronavirus.

ARTICLE 19 Eastern Africa also noted that counter-terrorism and surveillance provisions present in the 2012 Prevention of Terrorism Act (PTA) and the Security Laws (Amendment) Act (SLAA) 2014 are not only incompatible with the Covenant but also remain open to abuse under the aegis of national security. The 2012 Prevention of Terrorism Act (PTA) adopts an overbroad definition of terrorist acts (Section I, Article 2), including any act that “prejudices public safety or national security”, and that “destabilises the religious, political, constitutional, economic or social institutions of a country”. The Act enables the blacklisting of organisations believed to be “acting in association with” a designated terrorist group, the freezing of their assets, and restrictions placed on their activities, with insufficient due process guarantees. The law further obstructs media freedom in Section 19, related to disclosure of and interference in information relevant to a terrorism investigation, punishable by up to twenty years’ imprisonment.

Amendments to the PTA, introduced through the SLAA, further broadened the authorities’ scope to misuse counter-terrorism powers against the media and civil society. The authorities have extensive powers to conduct mass and targeted surveillance, without appropriate human rights safeguards. This includes, in particular, Section 56 of the SLAA, modifying the National Intelligence Service (NIS) Act (2012), to grant the Director-General of the National Security Agency unfettered discretion to authorise surveillance to deal with “any threat to national security or to enable the National Intelligence Service to perform any of its functions” (Part V Section 42).  Sections 36 (1) and (2) of the PTA and Article 36 of the NIS Act also raise concerns regarding their impact on the right to privacy and require reform. The UN Special Rapporteur on the promotion and protection of human rights while countering terrorism has noted that, notwithstanding the absence of an internationally agreed definition of “terrorism”, vague definitions in national laws enable States to take “highly intrusive, disproportionate, and discriminatory measures, notably to limit freedom of expression.”

The issue of routine violations on the right to peaceful assembly, particularly excessive use of force by police in the course of protests, unlawful killings, the failure to use de-escalation tactics, arbitrary arrests, and lack of accountability for such violations, featured prominently during the review. The right to freedom of peaceful assembly is not effectively guaranteed in Kenyan law, and the right is routinely violated by law enforcement authorities responding to protests. ARTICLE 19 Eastern Africa monitored 152 protests between January 2018 and July 2019, in which at least 21 protesters and/or bystanders were injured and 7 protesters were killed.

In its concluding observations, the Human Rights Committee welcomed Kenya’s efforts to harmonise domestic legal provisions with the Covenant and other international standards. It further raised concern about the lack of harmonisation of the legal standards in the State party, including sections 132, 181 and 194 of the Penal Code, the CMCA, PTA, KICA and SLAA, with articles 33 and 34 of the Constitution, as well as articles 19 and 20 of the Covenant.

The Committee noted with concern that national legal provisions have been used to limit online expression, repress lesbian, gay, bisexual, transgender and intersex individuals, and quell criticism of the Government, including among human rights defenders, journalists and civil society organisations. It is further concerned about reports of interference with the free press and attacks against journalists and media workers during the 2017 elections (articles 19 and 20 of the ICCPR).

As regards the right of peaceful assembly, the Committee welcomed that the Public Order (Amendment Bill) of 2019, and provisions therein creating criminal and civil liability for harms and losses during assemblies, had been deemed unconstitutional and rejected by the parliament. However, it remained concerned about reports that the requirements in the Public Order Act (Act No. 36 of 1950) to notify the police of all assemblies were being used in practice to deny authorisation for peaceful assemblies. The Committee was also concerned about reports of the excessive use of force to disperse protests and the arbitrary detention and arrest of human rights defenders exercising their right to peaceful assembly (articles 19 and 21 of the ICCPR).

In line with the above, the Committee made the following recommendations:

We urge the Government to meaningfully implement the Committee’s recommendations to safeguard all the positive legislative, institutional and policy gains made so far and create a conducive environment for the enjoyment of freedom of expression and related rights.