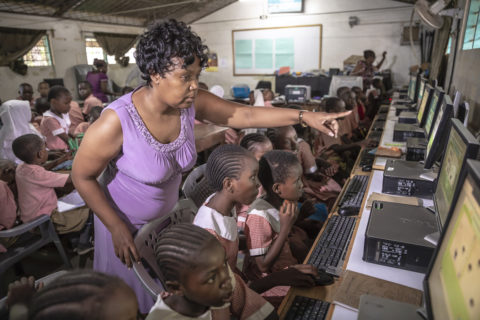 “The Internet and digital technologies offer vital opportunities for individuals and communities to share news and information, to take part in peaceful protests and to engage in key issues that impact their daily lives. However, over the last year, governments have increasingly undermined people’s rights to free expression, privacy and access to information, and have criminalised both access to information and dissemination of it — putting their citizens’ health and lives at risk,” said Mugambi Kiai, ARTICLE 19 Eastern Africa’s Regional Director.

Covid-19 Pandemic as a Tool to Restrict Free Speech

The Covid-19 pandemic has also exacerbated the situation, with authorities using vague, overly broad laws to restrict speech in what they say is a bid to tackle disinformation or hate speech. Governments across the region are stifling legitimate criticism of their response to the public health crisis.

For example, in Tanzania, the prime minister has threatened to punish anyone spreading false information about Covid-19 and tried to coerce citizens into reporting on others who share unauthorised information. In Kenya, authorities have  taken steps to control the information citizens’ access, and in Ethiopia, leaders have encouraged police to take action against individuals and groups it accuses of “unleashing terror on people’s health and sense of safety”.

ARTICLE 19 calls on these governments to uphold the right to free speech and access to information and stop criminalising speech by repealing or amending legislation that makes it a crime to share vital information and news.

Several governments have also blocked citizens’ access to the Internet. In the run-up to the election in October, Tanzania scaled up its targeting of political opponents and disrupted telecommunications services, social media, and online communications platforms, and it continued these blocks after the election, which was heavily disputed. Ethiopia continues to rely on mass and region-specific Internet shutdowns to respond to political unrest. Against the backdrop of a postponed election, on 4 November, the government disrupted telephone and Internet services in Tigray, hindering the free flow of, and access to, timely information and news. The military then launched an operation that led to the deaths of numerous people.

These disruptions occur against a backdrop of poor information about universal access/service mechanisms and funds, which prioritise affordable access to ICT and digital services in rural, underserved and underserved areas.

“Poor reporting standards, inadequate information and a lack of transparency by governments in Eastern African countries prevent civil society bodies and the public at large from understanding how funds are used and who benefits from projects. This remains a key challenge to ensuring that the Internet is made accessible and affordable to all,” Mugambi Kiai added.

The ARTICLE 19 EA report also raises privacy concerns. Although Kenya, Uganda and Rwanda brought in data protection laws, ARTICLE 19 EA’s report notes that these positive efforts were overshadowed by the unchecked development and use of digital contact tracing applications and other technologies. Such developments are unfolding in Rwanda, Tanzania, Ethiopia, Kenya and Uganda. In Tanzania, the right to protection was further affected by a judicial decision which watered down, rather than enabled, digital anonymity protections.

ARTICLE 19 calls on governments to refrain from adopting and using Covid-19 digital applications, such as contact tracing technologies, that have not incorporated human rights safeguards into their development.

Call for Rights to be Upheld

There is an urgent need for the governments of Rwanda, Tanzania, Ethiopia, Kenya, South Sudan and Uganda to honour their citizens’ rights to digital freedom, to a safe online environment, and to privacy. Leaders and lawmakers must stop criminalising speech and stop putting their citizens at risk for legitimate expression. Access to news and information, and the freedom to share it, are cornerstone human rights, and, as citizens of the world seek reliable, life-saving information, research and guidance on the Covid-19 pandemic, this truth has once again come to the fore.