South Sudan gained independence from Sudan in July 2011. However, a political fallout in 2013 between President Salva Kiir and his Vice-President Riek Machar sparked a civil war which has killed tens of thousands, seen alarming levels of sexual violence, and left more than two million displaced. Conflict has been split to a large extent along ethnic lines, and government and rebel forces are accused of committing widespread atrocities. Despite a peace deal being signed in 2015, conflict continues and human rights violations in the country, including of free expression, remain severe.

Impunity for these violations is a serious concern. Abuses by the country’s security forces have gone largely unpunished, including attacks against, torture and killing of journalists and human rights defenders. Such attacks create an environment of fear and self-censorship, as have other government efforts to silence criticism, including the blocking of certain media outlets’ websites, the banning of broadcasting by some outlets, and expulsion of foreign journalists from the country.

ARTICLE 19 works to support the piloting of the UN Plan of Action on the Safety of Journalists in the country, as well as advocating for the passage of laws protecting freedom of expression, including the Access to Information Act, the Media Authority Act and the Broadcasting Authority Act in 2013. However, implementation of such laws remains poor. We also monitor and document violations of freedom of expression and provide protection and support to journalists through training, and legal and psycho-social support. 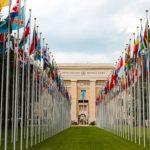 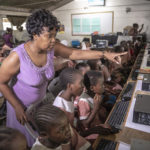 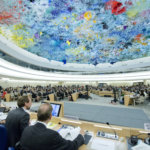 Human Rights Council 37: What’s at stake for freedom of expression?

South Sudan: Release of political dissidents must be followed by action to protect freedom of expression

Safety and Protection: Baseline Survey of Journalists in South Sudan