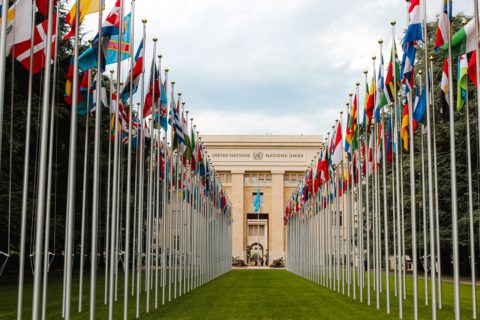 In a joint submission to the United Nations Human Rights Council for South Sudan’s Universal Periodic Review ( UPR), ARTICLE 19 Eastern Africa and Free Press Unlimited expressed concern about the limited improvements in the human rights situation in South Sudan in the period between November 2016 to July 2021.

The two organisations take cognisance of some key positive developments, including the ratification of the International Covenant on Civil and Political Rights(ICCPR) and its First Optional Protocol by the legislative assembly without any reservations and thereby safeguarding the exercise of the right to freedom of expression in South Sudan.  However, ARTICLE 19 and Free Press Unlimited note that freedom of expression and media freedom remains shackled by the continued censorship of journalists and citizens by the government, thereby shrinking civic space in the otherwise democratic country.

Whilst the Transitional Constitution of Sudan of 2011 endeavours to protect citizens’ right to freedom of expression, the domestic laws such as the Penal Code, the Media Authority Act and the National Security Service Act of 2014 continue to limit enjoyment of the right as illustrated by the report. Regarding cooperation with international human rights mechanisms, South Sudan is yet to issue a standing invitation to any of the UN Special Procedures with mandates to cover issues related to freedom of expression.

The submission points out that the authorities continued to carry out arbitrary detentions, intimidations and aggression against freedom of expression professionals such as journalists and human rights defenders for voicing dissenting opinions. They also continued to shut down media outlets and limit the right to access information by blocking the printing of newspapers, as well as cracking down on protests and protestors- threatening the right to freedom of assembly within the period of review.

Despite enacting an Access to Information Act in 2013, there remains a lack of political goodwill on the government’s part in implementing the law. The situation is exacerbated by the continuous frustration of the operations of Civil Society Organisations which are stifled by the bureaucratic barriers in registration.

“As South Sudan commemorates its first decade of independence, it is essential to acknowledge the right to freedom of expression and access to information as essential components of peace-building and democratic development in realising its goals and the aspirations of the people. The government of South Sudan should ensure full protection of these rights, conduct investigations into attacks and violence against journalists, and ensure perpetrators are brought to justice. The government should also cease the arbitrary detention of protestors and promote a safe and enabling environment for individuals and groups to exercise their rights to freedom of peaceful assembly,” said Mugambi Kiai, Regional Director at ARTICLE 19 Eastern Africa.

“ Free Press Unlimited believes that access to information, independent media, and freedom of expression are the fundamentals to strengthen civil society and to increase people’s participation in achieving stable and equitable societies. Media are essential partners in an inclusive dialogue but can also act as strong critics of government policies and keep authorities accountable. This sometimes puts the media at odds with powerful interests. As becomes evident whilst studying the situation in South Sudan a decade since its independence, there is a lack of judicial attention to investigate, prosecute and punish those who threaten, intimidate or kill journalists, which has led to impunity, breeds a culture of violence against the media and triggers self censorship. Therefore, through this joint UPR submission, Free Press Unlimited urges the international community to put pressure on the South Sudan government to take concrete steps in protecting its citizens’ rights to freedom of expression and information.”

ARTICLE 19 Eastern Africa and Free Press Unlimited call on all UN member states, in line with the recommendations provided in our joint submission, to meaningfully and effectively engage with the government of South Sudan at the 40th Session of the UPR Working Group in January 2022.