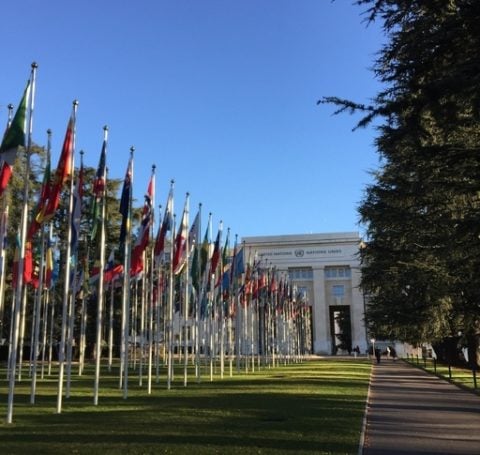 Today, on 13 September 2021, the UN Human Rights Council begins its 48th Session in Geneva (HRC48). Over the next 3 and a half weeks, major human rights issues will be debated and acted on, with significant implications for the protection of the right to freedom of expression and information globally. The Council’s agenda for the upcoming session is packed with many issues of critical importance for the right to freedom of expression, including through resolutions and interactive dialogues.

Across the session, States will have the opportunity to progress international standards on an array of thematic human rights issues, particularly for the right to privacy in the digital age. At the same time, action will also be needed to tackle the alarming situation for the right to freedom of expression in certain contexts, including in Cambodia and Myanmar.

Since the Snowden Revelations in 2013, the UN has considered resolutions titled privacy in the digital age every year, alternating between the General Assembly or the Human Rights Council. At HRC48, Germany and Brazil will co-lead the next iteration of the resolution, posing a vital opportunity to elaborate on international standards on how to secure the right to privacy online.

The resolution also follows recent revelations unearthing the use of Pegasus spyware against journalists, human rights defenders and other members of civil society worldwide. We will be calling for the resolution to condemn such violations in the strongest terms, with robust recommendations on the export, sale, transfer or use of privately developed surveillance technologies.

At HRC48, Japan will lead the resolution on advisory services and technical assistance for Cambodia. This resolution, passed every two years at the Council, addresses substantive human rights concerns and renews the Special Rapporteur on Cambodia. The Special Rapporteur himself will also be presenting an annual report on the human rights situation in the country, creating an opportunity for an interactive dialogue to discuss ongoing human rights violations.

Since the Council adopted the previous version of the resolution, ARTICLE 19 has observed that the situation for the right freedom of expression has reached a new low. The Cambodian government has taken decisive steps to suppress critical and dissenting voices, including journalists and media workers, civil society organisations, environmental activists, and peaceful protesters. This has been coupled with repressive legislation being advanced by the government that critically undermines the right to freedom of expression, online and offline.

We will be urging States to ensure the resolution contends with major freedom of expression violations and to also vocally condemn these concerns during the interactive dialogue. Given the severity of the human rights situation, we are joining partners in calling for the resolution to mandate the High Commissioner to monitor and report on the situation of human rights in Cambodia and to present her findings to the Council.

At HRC48, Myanmar will remain high on the agenda, with the Special Rapporteur on Myanmar, the Independent Investigative Mechanism for Myanmar and the High Commissioner for Human Rights all reporting to the Council. The subsequent interactive dialogues create an opportunity to meaningfully contend with persisting and emerging human rights violations in the country.

We have documented severe restrictions on access to information, including reports that mobile phone users Kachin State’s Hpakant cannot make mobile phone calls, send SMS messages, or use mobile Internet. The authorities have increased surveillance through an amended Ward or Village Tract Administration Law that requires the registration of overnight guests and have clamped down on civil society organisations through intensified scrutiny of financial transactions. The continued detention and arrest of journalists and media workers, human rights defenders, and protesters, with reports of torture and ill-treatment in detention, is of major concern.

We will be urging States to use the multiple interactive dialogues as an opportunity to make explicit calls on Myanmar to immediately halt its violations of the right to freedom of expression. We will also be urging the High Commissioner to fully examine freedom of expression violations in her ongoing investigation into the coup and its aftermath, with a view to contributing to accountability for perpetrators and justice for victims.

The Special Session on Afghanistan in August saw the Council fail to establish independent mechanism to investigate and report on the serious violations of international human rights law and international humanitarian law in Afghanistan. Despite this setback in ensuring genuine accountability, HRC48 poses an opportunity for follow-up action, with the High Commissioner presenting an oral update on the situation of human rights in the country.

At the session, we will be calling on States to vocally condemn the situation of journalists and media workers and to reaffirm their commitments to ensuring their safe resettlement. At the same time, we will be maintaining our calls for the Council to establish an investigative mechanism, including to collect and preserve evidence against violators of human rights.

During HRC48, follow @article19un for live updates and use #HRC48 to join the discussion. You can also check out our full coverage of the session here.