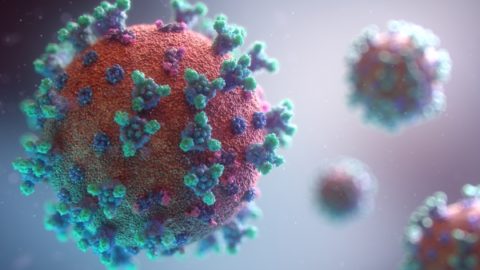 ARTICLE 19 is concerned about the use of Spain’s Penal Code against people who have shared and created false information and jokes about coronavirus online. Misinformation about coronavirus is a significant challenge for all governments that should be taken seriously. However, attempts to address misinformation must not be at the expense of freedom of expression. Criminal prosecutions should be the last resort, reserved for the most serious speech related crimes. Instead, governments should tackle misinformation by being transparent about their responses to the pandemic, encouraging the sharing of verified information and promoting media freedom.

In Spain, speech related criminal proceedings have been brought under the Penal Code, which had been heavily criticised prior to the current COVID-19 pandemic. The Government must see through its commitment to reforming this law, as outlined in the proposal by the Spanish parliamentary coalition Unidas Podemos. ARTICLE 19 supports the amendment of these and other provisions, which would make criminal restrictions to freedom of expression compliant with international freedom of expression standards.

On 2 and 6 April 2020, members of Unidas Podemos filed a number of criminal complaints against people who had created and shared “bulos”, or hoaxes, about the allegedly inadequate responses from the Spanish Government to the coronavirus outbreak.

This content included videos and photographs about the number of reported deaths and the management of medical materials to counter the pandemic in Spain. One video claimed that a truck driver was shipping medical material to France diverted from Spain. Another showed pictures of corpses that were allegedly from Spanish hospitals. They were in fact images from unrelated events in Ecuador and the Italian island of Lampedusa. The material suggested that the Spanish Government was hiding the real numbers of deaths in the country and was failing to take appropriate measures to protect its citizens’ health. The members of parliament who filed the criminal complaints with the Attorney General, claim that the creation and online dissemination of these materials through social media and messaging apps is led by a ‘criminal organisation’. They have argued that these acts qualify as crimes of ‘simulating danger’, ‘calumny’ and ‘insult’ to State institutions, and ‘ideologic falsity’ under the Spanish Penal Code.

The Penal Code was also used on 9 April 2020, to arrest a man on charges of incitement to hatred for a joke he posted on Twitter, claiming that he had infected thousands of people during a trip between Madrid and Torrevieja. The National Police justified the arrest by saying that creating jokes and sharing them online is harmful and doesn’t help the fight against the coronavirus.

ARTICLE 19 submits that any measures to tackle misinformation must comply with international freedom of expression standards, and meet the requirements of legality, legitimacy and necessity and proportionality. The above criminal prosecutions are problematic for a number of reasons:

During the coronavirus pandemic, governments may have to combat misinformation, particularly false information about how the virus is transmitted and what people can do to protect themselves from getting it. However, heavy-handed approaches to misinformation stifle the type of public reporting that can lead to early detection and effective mitigation efforts.

ARTICLE 19 calls on the Spanish law enforcement to refrain from using criminal prosecution and other coercive measures as the primary means of combating supposedly false or harmful information online. Instead, the Spanish government should adopt positive measures to tackle misinformation, including being transparent about the extent of the pandemic and their response to it. They should be also promoting media freedom and making sure they are sharing information in a timely way to counter misinformation that might undermine the country’s ability to tackle the virus. In the context of a pandemic, the right to freedom of expression and information is the lifeblood of democracies and now, more than ever, it needs to be at the heart of governments’ responses.

Read more about how States can tackle misinformation in our briefing Viral Lies: Misinformation and the Coronavirus.