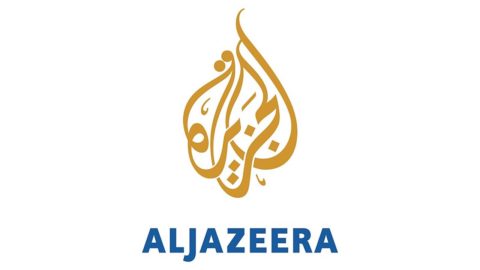 Malaysian authorities should immediately end the ongoing investigation into an Al Jazeera video report on the mistreatment of migrant workers and refugees during the COVID-19 pandemic, said ARTICLE 19 today. The case represents an arbitrary application of the law against journalists that reported on an important human rights issue.

“The government is clearly acting out of embarrassment and a desire to punish Al Jazeera for exposing official misdeeds”, said Matthew Bugher, ARTICLE 19’s Head of Asia Programme. “The investigation appears to have been launched without a clear rationale based on law.”

On 19 July, the Malaysia National Film Development Corporation (FINAS) announced that a preliminary investigation into the production of “Locked Up in Malaysia’s Lockdown” revealed that Al Jazeera had not obtained a necessary license to produce the video. The video segment, which appeared on Al Jazeera’s weekly programme 101 East on 3 July, reports on the ill-treatment of migrant workers and refugees as part of the government’s COVID-19 response, including raids on migrant settlements and inhumane detention conditions.

According to the FINAS statement, Al Jazeera failed to comply with the licensing requirements in Section 22(1) of the Perbadanan Kemajuan Filem Nasional Malaysia Act 1981, which governs the film industry. FINAS stated that it would work with the Royal Malaysia Police to investigate Al Jazeera. The FINAS statement is the latest in a series of official actions and statements concerning the Al Jazeera film. The government’s handling of the case reveals a clear intent to target Al Jazeera because of its critical coverage of the treatment of migrants and refugees rather than an effort to enforce licensing requirements in good faith.

The video was aired during a period of heightened intolerance against migrants and refugees in Malaysia, as evidenced by increasingly discriminatory rhetoric. In a 11 May letter, ARTICLE 19 and 83 other organisations called on the Prime Minister to urgently address threats of violence and ‘hate speech’ directed at ethnic Rohingya refugees and asylum seekers in Malaysia. With tensions still high, the release of the Al Jazeera video earlier this month prompted outrage from some quarters of Malaysian society. Individuals involved in the production of the video have been targeted with online harassment, death threats and disclosure of personal information.

Shortly after the video aired, Defence Minister Ismail Sabri Yaakob said that Al Jazeera’s reporting was “unethical and deceptive” and called for an apology. Malaysian police subsequently announced that they were investigating Al Jazeera for sedition, defamation and violations of the Communications and Multimedia Act.

On 10 July, police officers interrogated six Al Jazeera journalists involved in the production of the video. Immigration officials have reportedly searched for a Bangladeshi national that appeared in the video.

Since assuming control of government in March, Perikatan Nasional authorities have launched a series of attacks on independent media and civil society. On 13 July, the Federal Court heard arguments in a contempt of court case against online news outlet Malaysiakini and its editor Steven Gan based on critical comments made by readers on the Malaysiakini website. Other journalists and activists, including an ARTICLE 19 staff member, have been called for questioning or charged because of their work or peaceful protest activities.

“Media freedom and civic space is rapidly contracting under the Perikatan Nasional government,” said Bugher. “Authorities are clearly seeking control over the media and information environment, including by targeting investigative reporters and independent news outlets.”