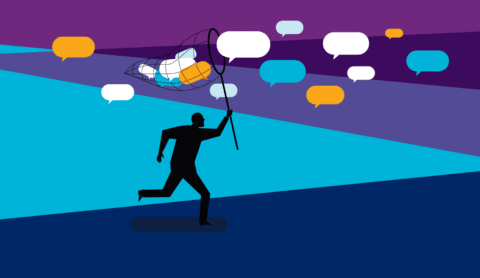 On 30 June 2021, the Kyrgyzstan Parliament rejected the revised Draft Law on Protecting against False and Inaccurate Information. ARTICLE 19 welcomes this move since the draft represented a significant threat to online freedom of expression in Kyrgyzstan. However, we remain concerned that the majority of deputies voting supported the bill. We urge the Government to ensure that all legislation complies with international freedom of expression standards.

The Draft Law on Protecting against False and Inaccurate Information was a revised version of the earlier draft law, Law on Manipulating Information, drafted in June 2020. The stated aim of the law was to ensure “the rights and freedoms of citizens, legal entities and the state, and protecting them from false or inaccurate information disseminated on the Internet.” ARTICLE 19 commented on the original draft of the Law in July 2020. We expressed concerns that contained a number of vague and overbroad terms, and gave the authorities the power to block access to Internet sites and shut down social media accounts without any due process. It also required internet service providers to store user data, including photos, audio and video for six months and share that data with government agencies upon request.

ARTICLE 19 also noted with concern that the Kyrgyz authorities cited a number of laws or legislative proposals from other countries in their justification of the original Draft Law on Manipulating Information. These included, in particular, the UK White Paper on Online Harms, the French Law on the Manipulation of False Information and the German NetzDG, all of which were previously criticised by ARTICLE 19. As none of these laws fully comply with international freedom of expression standards, ARTICLE 19 urged the Kyrgyz authorities not to use these as a blueprint for the new legislation in the country.

On 31 May 2021 a working group was formed to develop a revised version which was adopted by the Parliamentary Committee on 28 June 2021 as the Law on Protecting against False and Inaccurate Information (the Draft Law). Its stated aim was to protect the human right to receive information. The rewritten law, posted only on the Telegram channel of parliamentary deputy, Dastan Bekeshev, at his own initiative, and not published on the website of the Parliament for public consultation, was only introduced into parliament on 21 June 2021.

On 30 June 2021 the agreed new version of the Draft Law was considered by the Jogorku Kenesh (Kyrgyzstan Parliament) and supported by 59 deputies to 38, however was not adopted as 61 votes were required to ensure the draft passed. Later, on the same day, the Jogorku Kenesh was dismissed for its summer recess.

The Draft Law, which ARTICLE 19 obtained via Mr Bekeshev’s Telegram channel, contains a number of highly problematic provisions which do not comply with international freedom of expression standards. In particular, we wish to highlight the following:

The Draft Law was de facto law on defamation online

The title of the Draft Law suggested that it would provide protection against false information. However, it would in fact cover online defamation – dissemination of knowingly false information undermining dignity or reputation of a natural or legal person. The real purpose of the Draft Law was, thus, unclear from the outset and raised serious concerns with the local civil society organisations. Civil society suggested that the Draft Law would shield politicians from legitimate criticism. The legal proposal seems especially redundant given that the relevant provisions on defamation already exist in Kyrgyz civil law and could be enforced in the national courts. The Draft Law would de facto create an administrative procedure for dealing with defamation appeals in avoidance of the justice system.

Falsity is not a legitimate ground for limiting freedom of expression

ARTICLE 19 reiterates that “false information,” “disinformation,” or “fake news” are all terms that are not defined under international human rights law. Protecting persons from “false information” is not, as such, a legitimate aim for justifying restrictions on the right to freedom of expression under Article 19(3) of the International Covenant on Civil and Political Rights (ICCPR).

As four special mandates on freedom of expression cautioned in their 2017 Joint Declaration, the label of “fake news” is increasingly being used by persons in positions of power to denigrate and intimidate the media and independent voices, increasing the risk of such persons to threats of violence, and undermining public trust in the media.  An important point of principle remains that “the human right to impart information is not limited to ‘correct statements’, [and] that the right also protects information and ideas that may shock, offend or disturb.” The four special mandates made clear that “general prohibitions on the dissemination of information based on vague and ambiguous ideas, including ‘false news’ or ‘non-objective information’, are incompatible with international standards for restrictions on freedom of expression.”

Overbroad scope and due diligence obligations

The Draft Law defined “a web-resource or a web-page in the Internet space of Kyrgyz Republic” as any information resource which is accessible in Kyrgyzstan, thus, making its provisions applicable to foreign media websites or global social networks. It further requires from an owner of a web-site or a web-page to comply with an extremely broad and practically undefined due diligence obligation – not to allow dissemination of untrue or false information in the Internet space of Kyrgyz Republic. ARTICLE 19 continues to insist that any regulatory scheme governing Internet intermediaries and/or online content should not include a broad and undefined ‘duty of care’. In our view, such a notion would be unlikely to pass the legality test under international human rights law. In practice, it would both create legal uncertainty and give largely unfettered powers to regulatory authorities, which would be deeply problematic for freedom of expression. Additionally, there is no clear rule in the draft which would prohibit wholesale blockage of a web-resource instead of limiting access to the impugned information only which can lead to disproportionate limitations over access to information.

The Draft Law would establish an unspecified administrative agency with the power of considering appeals against “false” information and making decisions on limiting access to such information online. The Draft Law included no details about how such a body shall be established and how it will deliver on its functions. This triggers legitimate suspicions that this administrative authority will be controlled by the incumbent government and will serve the ruling political party(ies).

ARTICLE 19 notes that according to the Council of Europe’s Recommendation on Internet intermediaries, decisions on restricting online content could be made by an independent administrative authority if they are subject to judicial review where necessary. However, the key criterion here is that of a real independence of such an administrative body guaranteed both in law and in practice. Without these guarantees, granting decision-making power to an administrative authority will create extensive opportunities for the abuse of power, censorship and/or corruption.

The Draft Law stated that complaints made to the above-mentioned state agency of violation of physical or legal entities’ ‘honour and dignity’ through dissemination of false or inaccurate information will be considered within 48 hours. The provider, owner of the site or Internet page must fulfil the decision of the “authorised body” within 24 hours. Otherwise, this state authority will request blocking of the impugned information in a court.

ARTICLE 19 warned on numerous occasions about the risks of introducing unreasonably speedy timeframes for online content removals which, with the exception of manifestly illegal cases, will only lead to over-removal of legitimate information including the one of public interest.

The Draft Law required that owners of Internet web-resources, web-pages or public Internet access points (such as Internet cafes) identify anonymous users via the so-called United Identification System and provide this information upon request to a court or to the unspecified “authorised government agency” mentioned above, thus severely violating the right to anonymity.

As ARTICLE 19 highlighted in the Global Principles on Protection of Freedom of Expression and Privacy, everyone should have a right to exercise their right to freedom of expression anonymously, which includes through anonymous speech, to read anonymously or to access information in online environments anonymously. There should be a presumption in favour of exercising this right and States should repeal any laws, regulations and policies requiring the registration of real names or other identifiable information or imposing the registration of devices and connections as a pre-requisite for access to the Internet or Internet services, as these constitute a violation of the rights to freedom of expression and privacy.

Guaranteeing the right to privacy in online communications is essential for ensuring that individuals have the confidence to freely exercise their right to freedom of expression. The inability to communicate privately substantially affects individuals’ freedom of expression rights. This was recognised in several reports of the Special Rapporteur on FoE in which he expressed concerns over monitoring and collection of information about individuals’ communications and activities on the Internet by States and private actors. These practices can constitute a violation of Internet users’ right to privacy, and ultimately impede the free flow of information and ideas online. The Special Rapporteur on FoE also recommended that States should ensure that individuals can express themselves anonymously online and refrain from adopting real-name registration systems. Further, he recommended that States refrain from making the identification of users a pre-condition for access to digital communications and online services.

Based on foregoing, ARTICLE 19 welcomes the rejection of the Draft Law. We strongly recommend that the Government and Parliament of the Republic of Kyrgyzstan refrain from proposing similar overbroad and vague legislative initiatives which go against the country’s international commitments on freedom of expression, access to information and the right to privacy.