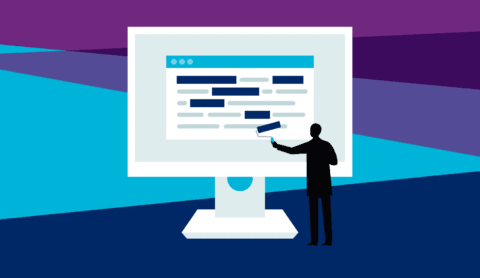 ARTICLE 19 is extremely concerned about the recent adoption of the Law “on Manipulating Information” (the Law) as it imposes a strict control over the information on the Internet, in particular social media, in Kyrgyzstan. ARTICLE 19 calls on the President, Sooronbai Jeenbekov, to veto the Law. We also call on the Government of the Kyrgyz Republic to uphold freedom of expression both online and offline.

“There are strong public policy arguments for refraining from coercive approaches to countering misinformation in the context of COVID-19 pandemic. Heavy-handed approaches to misinformation stifle the type of public reporting that can lead to early detection and effective mitigation efforts. The President must veto the Law.”

On Thursday, 25 June 2020, Jogorku Kenesh, the Parliament of the Kyrgyz Republic, adopted the new Law “On Manipulating Information,” as a part of series of legislation proposed by the Government since March, in the context of the COVID-19 pandemic. The Law has been passed in an election year, with parliamentary elections scheduled for October 2020, and comes at a time of increasing restrictions on freedom of expression, including attacks on journalists and media outlets in the country.

The Law, allegedly aiming to address false and inaccurate information spreading online, contains a number of vague and overbroad terms, and gives the authorities the power to block access to Internet sites and shut down social media accounts without any due process. It also requires internet service providers to store user data, including photos, audio and video for six months and share that data with government agencies upon request.

ARTICLE 19 finds that the Law fails to comply with freedom of expression standards, guaranteed by Article 19 of the International Covenant on Civil and Political Rights and Article 20 of the Constitution of the Kyrgyz Republic. Under these provisions, interference with the right to freedom of expression is allowed only under clearly defined conditions. Exceptions must be provided by law, in pursuit of specifically enumerated legitimate aims (including public health) and be necessary and proportionate to these aims. In assessing these criteria, ARTICLE 19 notes that protections under the right to freedom of expression are not limited to truthful statements or information. Indeed, untruthful statements may enjoy protection under the right to freedom of expression. The failure to define key terms violates the requirement of legality. Additionally, official responses to misinformation that rely heavily on censorship, criminal sanction raise concerns about the element of proportionality and necessity in a democratic society.

ARTICLE 19 believes that during COVID-19 pandemic, it is imperative that individuals feel empowered to raise concerns about the spread of COVID-19 or the response of authorities without fear of punishment if their concerns turn out to be unjustified. The punishment of individuals for unwittingly spreading false information casts a severe chilling effect on communication, impeding the type of information sharing that is needed to quickly identify and respond to a viral outbreak.

Instead of resorting to censorship, the Government of the Kyrgyz Republic should impose a moratorium on the use of repressive legislation in response to communications regarding COVID-19. It should begin steps to reform laws to ensure compliance with international standards relating to freedom of expression.

Alleged sources of the Law

ARTICLE 19 also notes with concern that the Kyrgyz authorities have cited a number of laws or legislative proposals from other countries in their justification of the Law. These included, in particular, the UK White Paper on Online Harms, the French Law on the Manipulation of False Information and the German Act to Improve Enforcement of the Law on Social Networks (NetzDG).

ARTICLE 19 has previously raised concerns over the content and scope of the NetzDG, the French Law and the UK proposal, for being similarly overbroad and for delegating censorship to private companies, in particular social media platforms. As none of these laws fully comply with international freedom of expression standards, they should not be used as a blueprint for the new legislation in Kyrgyzstan. Instead, the Kyrgyz authorities should take into account the issues raised around these laws and take measures to ensure their own legislation does not overly restrict freedom of expression.

For more information about the problems with these laws, read our full briefings: