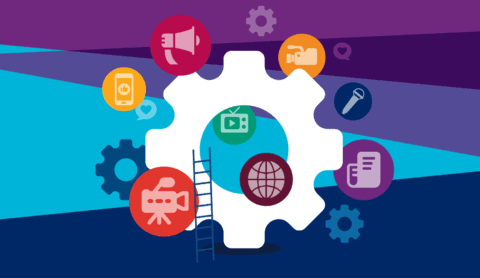 This briefing paper is designed to assist national stakeholders in Kyrgyzstan in their current efforts to promote the reform of media laws in the country. It has been produced by ARTICLE 19 in partnership with the Media Policy Institute, a Kyrgyzstan-based NGO focused on freedom of expression and freedom of the media, whose expert research and analysis provided the foundation for its content.

At the request of the Media Policy Institute, the analysis of existing legislation included in this briefing paper is largely confined to the 1992 Law on Media (Media Law). The Media Law purports to establish a general framework for the operation of all national media. It is complemented by other, more narrowly specialised laws which focus on the rights of journalists, audio-visual media, and public service broadcasting. The free and independent functioning of the media in Kyrgyzstan is also directly affected by various laws that are not specifically concerned with media. Those include a law on access to information and the defamation related provisions of the Civil Code. Extensive anti-terror and “counter-extremism” legislation imposes severe and highly problematic restrictions on freedom of expression and, therefore, media content.

This briefing paper focuses on regulatory areas that are relevant to all media. For present purposes, they are mainly discussed insofar as they relate to particular provisions of the Law on Media.

ARTICLE 19 recommends that in the medium- to long-term, national stakeholders consider whether a framework law aimed at regulating all forms of media is a useful legislative tool. There is no doubt that the Media Law in its current form is deficient in many respects. In Kyrgyzstan’s current context, ARTICLE 19 understands that a short-term resolution of these deficiencies with the aim of providing suitable protection to media organisations and journalists may be to reform the current legislation. However, we believe that ultimately, a more effective strategy for media law reform would be to focus on developing or improving more specialised legislation dedicated to specific types of media (e.g. broadcasting) or specific media-related issues (e.g. conditional liability for Internet intermediaries) as well as non-media specific legislation dealing with cross-cutting issues of particular relevance to media (e.g. defamation or content restrictions).

In addition, ARTICLE 19 recommends that national law- and policymakers:

These general recommendations are fleshed out in the analysis below. However, the sheer breadth of the issues involved does not allow this briefing paper to do full justice to the complexity of some of them. ARTICLE 19 stands ready to provide additional in-depth analysis of specific aspects of media regulation on an as-needed basis.