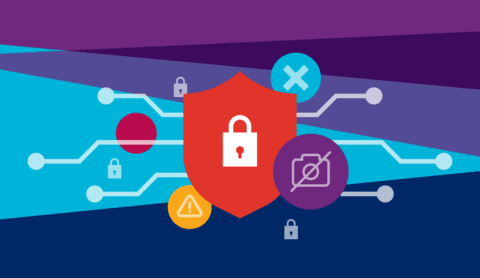 ARTICLE 19 calls on the authorities in Kyrgyzstan to ensure full protection of media freedom and access to information following parliamentary elections on 4 October 2020. ARTICLE 19 is concerned by reports of attacks on journalists and interference with their reporting activities after protests erupted on 5 October in response to the announced results, as well as Internet and telecommunications disruptions.

“We are closely monitoring developments in Kyrgyzstan and are deeply worried about the safety of journalists and their rights to freedom of expression and information in the country in the context of the 4 October elections. Access to quality information is also of critical importance during periods when society is expected to make a well-informed choice and to decide upon a future path of the country.” said Sarah Clarke, Head of Europe and Central Asia at ARTICLE 19.

Parliamentary elections were held in Kyrgyzstan on 4 October amidst allegations of vote-buying and abuse of administrative resources. Following the declaration of the results on 5 October protests were held across the country calling for the results of the election to be annulled, with demonstrators entering the ‘White House’, the office of the president of Kyrgyzstan. During the protests on the night of 5-6 October, one person was killed and 164 individuals hospitalised. On 6 October the Central Election Committee declared the results invalid however new elections are yet to be called and protests have continued.

A number of media freedom violations against journalists were reported on election day itself:

Attacks on journalists in Bishkek were also reported by the Media Policy Institute and other members of the media community during protests on the evening of 5 October and on 6 October:

ARTICLE 19 reminds the authorities of recommendations recently accepted  by the government of Kyrgyzstan from its peers as part of the Universal Periodic Review Process (UPR) at the UN Human Rights Council. During its third review, Kyrgyzstan explicitly accepted recommendations to enhance the protection of journalists and to create favourable conditions for freedom of the media, both online and offline. ARTICLE 19 urges all relevant actors in Kyrgyzstan to protect journalists and media workers and uphold country’s commitments to take action to protect media freedom in its UPR.

The people of Kyrgyzstan’s right to access information in the public interest has also been undermined by the prevention of journalists from entering certain polling stations on 4 October. Kaktus Media reports that its media representatives were not allowed access to a polling station in Osh. 24.kg also reported that journalists were not permitted to enter the “Dostyk” hotel to cover the events which took place there on the evening of 6 October.

States must ensure that the public receive adequate information during an election, as it is vital not only to making an informed choice in their voting, but also to ensuring transparency and trust in the process. ARTICLE 19 calls on the authorities and all relevant actors in Kyrgyzstan to ensure journalists and media workers are able to report freely and critically on the unfolding situation.

Reports of disruption to the Internet and telecommunications in Bishkek during the protests on the night of 5 to 6 October are particularly concerning. In connection with this outage, mobile phone operator, MegaCom, one of the services affected, tweeted to its service users that the disruption was linked to ‘preventative work’ aimed at improving their connection. Media Policy Institute and other media representatives in Kyrgyzstan have called on MegaCom to justify the decision to conduct preventative work during the protest, considering the network disruption in violation of citizen’s constitutional right to freedom of expression.

Internet disruptions and shutdowns violate international standards on freedom of expression, representing a disproportionate restriction on the public’s ability to access information online. Their use during the protests is of serious concern, and ARTICLE 19 urges the authorities and all relevant actors in Kyrgyzstan to ensure full access to digital technologies, including the Internet and telecommunications services, are maintained, particularly during protests.

ARTICLE 19 will continue to follow the situation in Kyrgyzstan closely, and at this turbulent time calls on the authorities and other relevant actors to uphold protections for journalists and media workers, to ensure freedom of expression, the right to information and the right to protest as outlined in this statement.