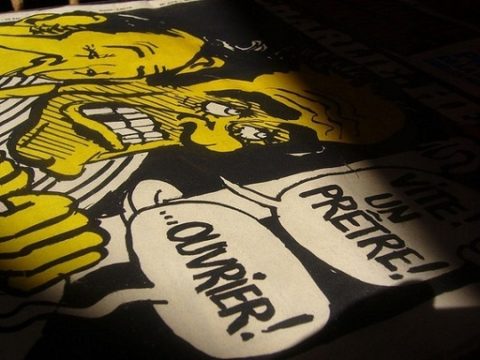 Following the attack on the offices of French satirical magazine Charlie Hebdo today in Paris, which resulted in the deaths of a number of journalists and police officers, ARTICLE 19 strongly condemns this act of violence.

“The attack on Charlie Hebdo Magazine in Paris is a deplorable and malicious act of cowardice that must be universally condemned,” said Thomas Hughes, Executive Director of ARTICLE 19.

“It is an attempt to silence journalists and media workers who have devoted themselves to protecting freedom of expression, defending the principle that the freedom to satirise and offend is essential in any society. This is not only a crime against these brave individuals, but against freedom of expression itself. Our heartfelt condolences go out to the victims and their families”.

The attack on the offices of the French magazine Charlie Hebdo in Paris on 7 January 2015 has resulted in the murders of at least 10 journalists and 2 police officers, as well as serious injuries to others. The offices were reported to be under police protection.

Attacks on journalists and media workers are the ultimate form of censorship, and have the potential to severely chill the free flow of information and ideas in society. The right to freedom of expression includes the right to share information and ideas of all kinds, including those that are considered by some to be offensive or derogatory to beliefs or religions. Such criticism is never a justification for censorship or violence.

All attacks aimed at silencing free expression must be subject to independent, speedy and effective investigations and prosecutions to bring perpetrators and instigators to justice. In June 2012, international experts on freedom of expression called for States to recognise a category of crimes against freedom of expression, either explicitly or as an aggravated circumstance leading to heavier penalties for such crimes. International law also requires States to prevent attacks against journalists, including by providing effective protection to individuals at risk from violence because of what they say.

The offices of Charlie Hebdo had been targeted several times previously, including in a firebomb attack in 2011.

In 2012, ARTICLE 19 defended the right to freedom of expression of Charlie Hebdo magazine, following its publication of cartoons depicting the Prophet Mohammad, as well as the rights of others to peacefully protest against the publication of those cartoons.