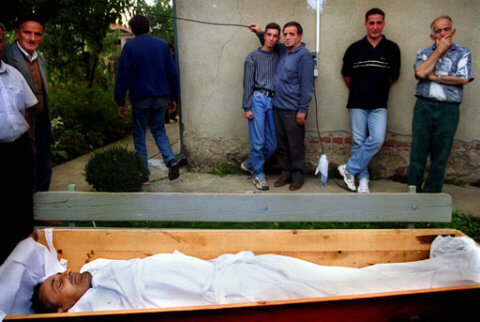 Having met in Paris on 13 September 2011 and in Tunis on 4 May 2012 and having discussed these issues together with the assistance of ARTICLE 19, Global Campaign for Free Expression and the Centre for Law and Democracy;

Emphasising, once again, the fundamental importance of freedom of expression both in its own right and as an essential tool for the defence of all other rights, as a core element of democracy and for advancing development goals;

Expressing our abhorrence over the unacceptable rate of incidents ofviolence and other crimes against freedom of expression, including killings, death-threats, disappearances, abductions, hostage takings, arbitrary arrests, prosecutions and imprisonments, torture and inhuman and degrading treatment, harassment, intimidation, deportation, and confiscation of and damage to equipment and property;

Noting that violence and other crimes against those exercising their right to freedom of expression, including journalists, other media actors and human rights defenders, have a chilling effect on the free flow of information and ideas in society (‘censorship by killing’), and thus represent attacks not only on the victims but on freedom of expression itself, and on the right of everyone to seek and receive information and ideas;

Concerned about the particular challenges and danger faced by women exercising their right to freedom of expression, and denouncing gender specific crimes of intimidation including sexual assaults, aggression and threats;

Mindful of the important contribution to society made by those who investigate into and report on human rights abuses, organised crime, corruption, and other serious forms of illegal behaviour, including journalists, media actors and human rights defenders, and of the fact that the nature of their professions makes them susceptible to criminal retribution, and that they may, as a result, be in need of protection;

Condemning the prevailing state of impunity for crimes against freedom of expression and the apparent lack of political will in some countries to address these violations, with the result that an unacceptable number of these crimes are never prosecuted, which emboldens the perpetrators and instigators and substantially increases the incidence of these crimes;

Noting that independent, speedy and effective investigations into and prosecutions of crimes against freedom of expression are essential to addressing impunity and ensuring the respect for the rule of law;

Aware of a number of root causes that contribute to crimes against freedom of expression, such as high prevailing rates of corruption and/or organised crime, the presence of armed conflict and lack of respect for the rule of law, as well as the particular vulnerability of some of those who investigate and report on these problems;

Cognisant of a number of international standards that are relevant to this issue, including the Universal Declaration of Human Rights, the International Covenant on Civil and Political Rights, the Geneva Conventions of 1949 and their Additional Protocols, the International Convention for the Protection of All Persons from Enforced Disappearance, UN Security Council Resolution 1738 (2006), UN Human Rights Council Resolution 12/16: Freedom of opinion and expression, the 2007 UNESCO Medellin Declaration and the 2010 UNESCO Decision on the Safety of Journalists and the Issue of Impunity;

Adopt, in Port of Spain, Trinidad and Tobago, on 25 June 2012, the following Joint Declaration on Crimes Against Freedom of Expression:

Obligations to Prevent and Prohibit

When a crime against freedom of expression takes place, States should launch an independent, speedy and effective investigation, with a view to bringing to trial, before impartial and independent tribunals, both perpetrators and instigators of these crimes.

Such investigations should meet the following minimum standards.

Role of other stakeholders

Dunja Mijatović
OSCE Representative on Freedom of the Media

Joint declaration on crimes against freedom of expression.