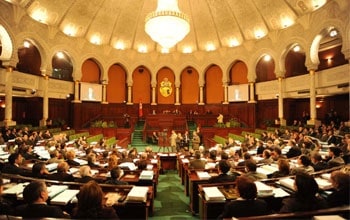 In this analysis, ARTICLE 19 reviews the Tunisian Draft Law on the National Agency for the Management of Public Advertisement and Subscriptions(the Draft Law) for its compliance with international standards on freedom of expression.

ARTICLE 19 notes that under international human rights standards, States have a duty to create an enabling legal and regulatory environment that provides for the development of a free, diverse and pluralistic media. Financial support by public authorities to private media companies can contribute to maintaining or increasing pluralism and diversity in such media landscape, provided that critical safeguards are in place to prevent governmental influence over the media. In this respect, the Draft Law moves in the right direction as it provides for an independent process to administer public advertising and media subscriptions. The Draft Law foresees the creation of an independent public body – the National Agency for the Management of Public Advertisements and Subscriptions (the Agency)- to oversee public advertising and subscriptions for newspapers and periodicals on behalf of government  institutions.  Nonetheless, the Draft Law contains a number of provisions that are problematic from freedom of  expression perspective. In particular, it lacks sufficient guarantees that would prevent the interference with the media independence and fails to ensure the independence of the Agency.

More broadly, the Draft Law is part of wider reforms of  the media sector in Tunisia.  A number of civil society organisations, including ARTICLE 19, have previously expressed concerns regarding the regulatory reforms of the media ecosystem, including the lack of full consultations with all relevant stakeholders. In this respect, we are concerned that the Draft Law is being introduced without meaningful prior consultations with all stakeholders in the media sector and civil society.

ARTICLE 19 urges the Tunisian legislators to amend the Draft Law to address our concerns. We remain committed to supporting the reform process through constructive engagement.