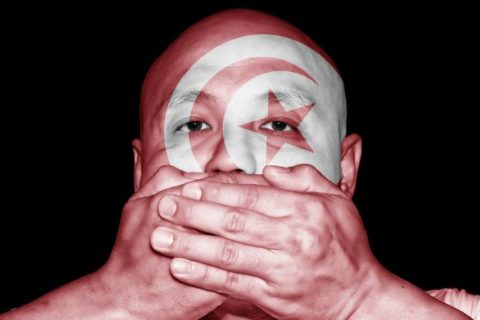 While some accounts have been reinstated, others remain deactivated, with some users recently being asked to send Facebook identification. Many of those affected don’t just use Facebook and Instagram for personal use, they rely on them for their livelihood, particularly during the coronavirus pandemic.

Up to 60 Facebook accounts were de-activated without warning between 29 and 30 May. The following week, Facebook told the Guardian newspaper that the account closures were an error:  “Due to a technical error we recently removed a small number of profiles, which have now been restored. We were not trying to limit anyone’s ability to post or express themselves, and apologise for any inconvenience this has caused.”

Despite the admission of this supposed technical error, the Guardian reported that only some accounts had been reinstated. Then, in Facebook’s May 2020 Coordinated Inauthentic Behavior Report, the social media platform stated that it had deliberately removed a much higher number of accounts in Tunisia as part of an investigation carried out by the Atlantic Council’s Digital Forensic Research Lab (DFRLab) over a period of nine months. These were accounts that were reportedly being used to influence presidential elections in Tunisia and other African countries. The report says:

‘Tunisia: We removed 446 Pages, 182 Facebook accounts, 96 Groups, 60 events and 209 Instagram accounts. This activity originated in Tunisia and focused on Francophone countries in Sub-Saharan Africa. This network used fake accounts to masquerade as locals in countries they targeted, post and like their own content, drive people to off-platform sites, and manage Groups and Pages posing as independent news entities. Some Pages engaged in deceptive audience building tactics changing their focus from non-political to political themes including substantial name and admin changes over time. We found this network as part of our internal investigation which linked this activity to a Tunisia-based PR firm Ureputation.’

However, it is not clear whether the accounts disabled at the end of May were accidentally removed as part of this investigation.

“Facebook has given different explanations for why it has deactivated a large number of Facebook and Instagram accounts in Tunisia,” said Regional Director of ARTICLE 19 MENA, Saloua Ghazouani Oueslati.

“We are calling for Facebook to look urgently into what is happening in Tunisia and ensure that appeals are processed quickly.”

“Many of these users rely on social media accounts for their living and expression. Deactivating them without warning or redress is an act of censorship and we call on Facebook to take urgent action to remedy this situation.”

ARTICLE 19’s Missing Voices campaign is calling for more transparency and the improvement of dispute resolution when social media platforms remove content and close down users’ accounts under their policies and community guidelines. The campaign has found that journalists, artists, activists and marginalised groups are often targets for takedown on social media.

“There is a lot of damage on the Tunisian art scene. Our page Radyoon رديون – facebook.com/radyoon.tn – was deleted along with many other pages of Tunisian artists, graphic designers, illustrators, DJs, producers, rappers etc.

“Contrary to what is said about the results of the Dfrlab investigation, in the Facebook press release and in the press, the deleted pages are not pages related to Ureputation.

“Radyoon رديون is a musical and participative web radio active since 2012. We offer a space for expression and musical sharing to highlight the Tunisian music scene. We condemn the wave of censorship that has befallen the Tunisian art scene under the false pretext of trading in influence. “

Deena Abdelwahed, music artist, performer and DJ, and who is from Tunisia but based in France

“Since my time in Tunis I have been actively involved in the Electronic Music scene in Tunis, volunteering in LBT and woman rights events and cultural happenings in general. Despite living in France, I try to stay faithful and connected to my community in my home town.

“Facebook has deactivated my personal account and Instagram account. I read their recent report and I think that the algorithm’s results were unfair. My account is not fake, nor was I involved in any political operation during the 2019 elections in Tunisia. I surely voted and had my opinions but I was not sharing any fake news and I’d always be very careful before sharing my political opinions as an artist and as a Tunisian citizen.

“This incident strongly disturbed all the people I work with since I am signed with an international music label, and I have contractual engagements regarding my social media presence and my music promotion.”

“My Facebook account was disabled at the end of May for no reason. The message that I receive when I try to connect is : “We’ve determined that you are not eligible to use Facebook. This decision is final “. After a few days I saw a website explaining what was happening but still I don’t get what is the relation to my Facebook and Instagram accounts. I use my Facebook and my Instagram accounts to share my art and keep my followers updated about my art project. I’ve been active as an artist since 2000 and I always use social media to promote my work and to keep in touch with my followers. Disabling my Facebook and Instagram accounts is not acceptable, especially after reading about the investigation made me understand that I have no relation to what happened!”

“Downtown Vibes – Tunis” is a collective, cultural association and promoter of Electronic music events. We have a 14k subscriber page on which we share and promote our events or the collective’s artists. “Eddisco – Tunis” is a traveling record store and independent label. Our two social media pages on Facebook and Instagram just got deactivated for no reason! This will cause a lot of problems for the months to come to resume our activity after the long break due to general confinement.

“And now we are promoting the first EP of our label “Eddisco” which will be released in a week… Even our private group of “Secret vibes” has disappeared!”

“On 28 May, my personal Facebook as well as my Instagram account both got deactivated. These accounts are strictly personal, but contain all my contacts, whether managers, artists with whom I organise events, professional contacts. Facebook did not bother responding to any of my emails and to date I have had no information regarding this incident. This account is strictly personal, I only accept those that I really know. So that’s about it… I created another Instagram account, which got deactivated after 3 days, and I suspect this Facebook account I am using now could be deactivated at any time.”

Haythem Briki,  DJ, producer and manager of the Warok music label and ‘Are you alien’

“On 28 May, I lost all my pages and my personal account, I just got the pages back except for the ‘Are you Alien’ records page. Facebook pages and accounts are our first means of communicating our work: promotion of musical releases and organization of events, especially in such a period (COVID-19 isolation) as we lost direct contact with the public (no concert).”