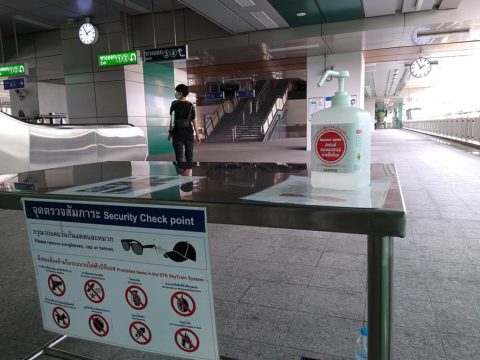 Emergency measures announced today by the Thai government threaten the right to freedom of expression and access to information, said ARTICLE 19. The measures, which will be in place through at least 30 April, include a ban on communications that are ‘false’ or ‘misleading’. The recent arrest of an artist criticising the government’s response to the public health crisis heightens concerns that emergency powers will be used to suppress free speech and access to information.

“The virus’ spread in Thailand demands a forceful response, but there is no reasonable justification for the type of restrictions on speech imposed by the government today,” said Matthew Bugher, Head of Asia Programme at ARTICLE 19. “Emergency powers should be limited to those strictly necessary to ensure an effective public health response. Broad restrictions on speech are counterproductive in these circumstances. They inhibit, rather than help, efforts to stop the spread of the virus.”

Among the measures announced today is a prohibition against sharing “any kind of news or information related to COVID-19 that is false and might instigate fear amongst the public or that is intentionally distorted to mislead the public”. Public officials are empowered to censor these types of communications or initiate criminal proceedings under the Computer Crime Act or the Emergency Declaration. The Computer Crimes Act—a repressive law in its own right—provides for up to five years’ imprisonment for uploading ‘false information’ and violations of orders made under the Emergency Declaration are punishable by up to two years’ imprisonment.

The measures announced by the government also prohibit “any kind of assembly and activity in a congested place or any kind of seditious act”. Other measures include the closure of public venues, restrictions on international visitors, and a prohibition on hoarding goods. Elderly persons and those with pre-existing health conditions were advised to remain at home and travel between provinces was discouraged. Further measures may be announced in the future.

The Emergency Decree grants the Prime Minister broad powers in an ‘emergency situation’ that requires measures to protect state interests including ‘the safety of the people’. Under Section 9 of the Emergency Decree, the Prime Minister may issue orders confining people to their homes, prohibiting assemblies, banning press releases and other publications that ‘may instigate fear’, and restricting travel and access to certain areas or buildings. Additional powers of arrest, detention, search, seizure and requisitioning of goods and services are available under Section 11 of the Emergency Decree in ‘serious situations’ involving ‘terrorism, use of force, [or] harm to life, body or property’. The measures announced today were made under the authority of Section 9, and the government has not indicated whether it intends to issue measures under Section 11.

The Emergency Decree has been in force since 2005 in three southern provinces, where the government is battling armed insurgent groups. The use of powers under the Emergency Decree in the Thailand’s Deep South has been linked to grave human rights abuses, including torture, arbitrary detention and extrajudicial killings, and has contributed to impunity for such abuses. The Emergency Decree was also invoked during a violent crackdown on protesters in 2010, leading to human rights violations.

ARTICLE 19 has urged governments around the world to ensure that emergency powers used to combat the spread of coronavirus are implemented consistently with international human rights law. Moreover, any government initiatives to counter misinformation and hate speech relating to the outbreak, must also comply with international human rights standards.

Protecting public health is a legitimate state interest that may justify limits on the rights to freedom of expression and access to information. However, such restrictions must meet the standards of legality, necessity and proportionality, as established by Article 19(3) of the International Covenant on Civil and Political Rights (ICCPR). Thailand ratified the ICCPR in 1996. Additionally, states should ensure that emergency measures are applied in a non-discriminatory manner, strictly time-bound, and subject to Parliamentary oversight.

Thailand’s use of emergency powers to impose broad restrictions on speech is a clear violation of the right to freedom of expression. The government has provided no justification indicating that these measures are necessary or proportional to the purported aim of helping to stem the spread of coronavirus in Thailand. To the contrary, the free flow of information is essential in responding to the coronavirus pandemic, and the severe criminal penalties imposed by the Emergency Decree and Computer Crime Act are not justified by the circumstances.

In a 2017 Joint Declaration, the UN Special Rapporteur on freedom of expression and three regional rapporteurs warned that:

“[G]eneral prohibitions on the dissemination of information based on vague and ambiguous ideas, including “false news” or “non-objective information”, are incompatible with international standards.”

Thai government officials have already used other legislative powers to suppress free speech and criticism of the government’s response to the coronavirus outbreak. According to local media, at least ten people have been arrested or investigated under the Computer Crime Act, B.E. 2561 (2017) in relation to social media posts about the pandemic. On 23 March, police arrested Danai Usama, a 42-year-old artist from Phuket, after he made a Facebook post about the lack of screening measures at the airport upon his return from Spain.

The Thai government should immediately repeal the emergency measure restricting speech relating to the coronavirus outbreak. It should also ensure that any new emergency measures are consistent with international human rights standards, and that their implementation does not raise further human rights concerns. Information about emergency measures should be clear and easily accessible. Furthermore, the government should be fully transparent and accountable in all actions to respond to the pandemic, ensuring clear communication with the public and committing to upholding human rights in all actions and policies.

“Thai officials have already demonstrated their willingness to use the power of law to silence those criticising the government’s response to the pandemic,” said Matthew Bugher. “Using emergency powers to stifle reporting or public discourse not only violates human rights, but also impedes Thailand’s effort to head off the crisis.”