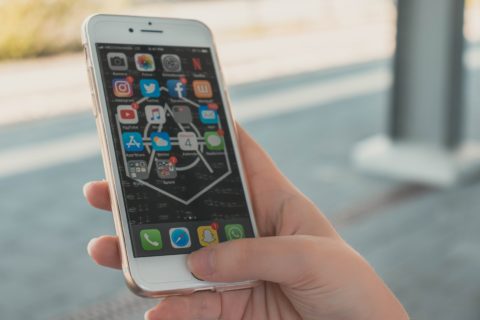 In April 2021, the new Russian Bill requiring devices’ manufacturers to pre-install selected Russian apps on their devices entered into the force. ARTICLE 19 is concerned about the impact that this Bill will have on freedom of expression in the country. The Bill is an additional component to the legal framework that severely undermines free speech and privacy online, and is a part of the efforts to make the Russian Internet less dependent on the global Internet.

In December 2019, the Russian Parliament approved an amendment to the Russian consumer protection law (No 2300-I), which requires the manufacturers of smartphones, laptops, computers, smart TVs and similar devices to pre-install certain Russian-made applications on their devices that will be sold in Russia from 1 April 2021. The list of such apps is provided in the Government decree from November 2020; these include products from Yandex, Mail.ru Group, Kaspersky Lab, Rostelecom, Channel One and other major Russian Internet and media companies.

The requirement to pre-install certain apps was originally presented as a way to help elderly consumers and to “protect Russian Internet companies” from unfair competition coming from abroad, benefiting the national IT sector. However, as we already flagged when the Bill was discussed before the Duma, ARTICLE 19 believes that the Bill seeks to create restrictions on the tools people in the country can use to communicate, share ideas and opinions, or access information. This will directly impact the enjoyment of freedom of expression in the country. We also believe that it will have a strong negative impact on competition dynamics in the market, isolating the Russian market for apps and discouraging app developers from working on new and better products.

The new rules have already raised a number of challenges. International manufacturers have expressed concerns. For example, Apple originally warned that the Bill could lead to the change of Apple’s business model in Russia. Experts considered it as a warning that they would possibly leave the Russian market. In the end, Apple said it would offer a selection of apps from Russian developers as part of activation screens for new devices. Although Apple declared its willingness to comply with the Bill, it noted that all apps are reviewed to ensure they comply with Apple’s standards for privacy, security and content. It is not clear, however, what would happen in case of non-compliance when the app in question is included in the Government Decree. Most likely, the manufacturer would be sanctioned for violation of the new Bill. Wide transparency on how these cases are managed is needed, and both parties involved should privilege solutions that ensure more protection to users’ rights.

The majority of the apps to be pre-installed are owned by Yandex and Mail.ru. After some initial resistance, both companies have complied with the problematic Yarovaya law that requires all communications, among other duties, to disclose decryption keys at the security services’ request, and to only use encryption methods approved by the Russian government. They have handed over requested encryption keys to the Russian authorities. ARTICLE 19 is concerned that the combination of the new Bill with existing rules imposed on software and application providers will make surveillance practices substantially easier for the Russian Government.

ARTICLE 19 also highlights that this is not the first time the Russian Government has tried to control online communications by putting pressure on companies that provide the channels for these communications to happen. Unfortunately, there are various successful precedents. For example, in more than one case, Vkontakte disclosed information about users, including their phone numbers, email addresses, IP addresses used for sending messages, and their conversations with other users. Disclosure requests are not rare in the country and, according to national law, law enforcement agencies do not need a court order to make requests for a vast variety of personal data.

All in all, users of digital technologies face a real risk of surveillance of private communications and the New Bill strongly amplifies this risk. ARTICLE 19 is concerned that the new rules provide the Government with even more control over the channels people use for those communications. By privileging national apps over foreign ones, the government retains more leverage in, among others, access requests.

In addition, to impose pre-installed apps on individuals goes against the State’s obligation to take active steps to guarantee an environment that protects freedom of expression. Such an environment should include the possibility, for users, to make their own choices around the applications they prefer to use, and it should also include the support for the development of a variety of alternatives. Mandatory pre-installation has a strong impact on people’s choices as research shows that users tend to use pre-installed apps and rarely switch to alternatives. Only a few years ago, the Russian Federal Antimonopoly Service recognised this impact in the Google Android case; it is not justifiable that this reasoning is forgotten when the users’ nudge and the exclusionary effect on competing apps is caused by a State’s obligation rather than by a company’s practice.

The possibility for users to make choices and the flourishing of a decentralised environment for communication make surveillance more difficult, if not impossible. Indeed, it is not a coincidence that a number of authoritarian States are trying to centralise and nationalise the Internet, isolating it from the global Internet. ARTICLE 19 believes that these attempts must be resisted and the Internet should be preserved as an open, free and decentralised environment for all.