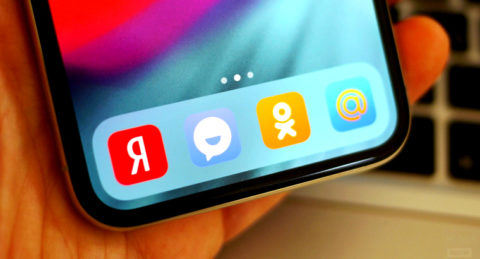 ARTICLE 19 is concerned about the efforts of Russian legislators to introduce a new Bill that would require manufacturers to pre-install selected Russian apps on the devices they sell to end-users. The Bill is part of efforts to make Russian Internet less dependent on the global Internet and is being introduced in the context of other Russian legislation that severely undermines protection of freedom of expression and privacy online. For these reasons, we call on the Russian Parliament to drop the Bill immediately.

On 21 November 2019, the Russian State Duma (lower house of the Federal Assembly of Russia) has approved an amendment to the Russian consumer protection law (No 2300-I), which would require the manufacturers of smartphones, computers, smart TVs and similar devices to pre-install certain Russian-made apps on their devices. In parallel, the State Duma has also been discussing an ancillary proposal which provides substantial pecuniary sanctions in case of the violation of this requirement.

The sponsors of the Bill argue that the requirement to pre-install certain apps will help elderly consumers and will help “protect Russian Internet companies.” However, ARTICLE 19 finds that the Bill seeks to create restrictions on the tools people in the country can use to, among others, communicate, share ideas and opinions, and access information, and will thus impact the enjoyment of freedom of expression in the country. We also believe that it will have a strong negative impact on competition dynamics in the market, isolating the Russian market for apps and discouraging app developers from working on new and better products.

In particular, ARTICLE 19 highlights the following problems with the Bill:

Although the Bill does not seem, at least in principle, to impede consumers to download additional apps, this possibility remains theoretical only. Studies into consumer behavior show that consumers rarely seek or pay for an alternative app if they have one already pre-installed on their smartphone. Moreover, due to a large information asymmetry in the market, consumers do not make well-informed decisions about which apps to use.

ARTICLE 19 is also concerned that this Bill forms part of the efforts of the Russian Government to create a sovereign internet, which has been strongly criticized by civil society and human rights organizations, including ARTICLE 19. It constitutes a further attempt to control all layers of the Internet infrastructure, from the physical to the application layer. ARTICLE 19 recalls that open, secure and reliable connectivity is essential for the protection and enjoyment of human rights online, including freedom of expression and information, assembly and association, and privacy and media freedom. By imposing limits at the application layer of the Internet infrastructure, this Bill can reinforce State powers over how, when and why people access the Internet to exercise their fundamental rights.

ARTICLE 19 therefore calls on the Russian Federation Council to drop the Bill approved by the State Duma and to keep the apps market open to competition, to the benefit of app developers and for the protection of human rights.