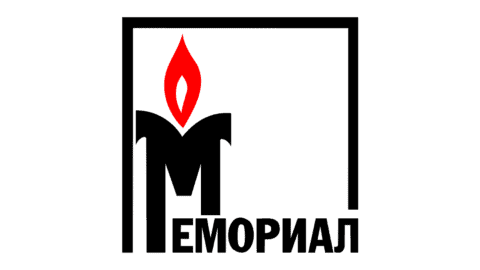 The Russian authorities have initiated two separate legal proceedings under the “foreign agents” laws aimed at shutting down Memorial, Russia’s prominent and oldest human rights organisation. The legal attack on the NGO comes in the midst of severely escalating attacks on freedom of expression and association in Russia, in particular through the restrictive this particular legislation. ARTICLE 19 calls on the authorities to withdraw cases against Memorial.

Memorial consists of two key entities: The Human Rights Center (HRC) – a group focused on defending human rights and monitoring politically- and religiously-motivated persecution, and International Memorial – an organisation dedicated to preserving historical memory that studies and documents political repression and crimes in the USSR. Both entities are currently in danger of being shut down in line with “foreign agents” legislation.

On 8 November 2021, the Moscow Prosecutor’s Office filed a lawsuit seeking the liquidation of HRC Memorial. The organisation is accused of repeated and persistent violation of the “foreign agents” legislation and publication of materials that justify terrorism and extremism. On the same day, a parallel lawsuit was filed by the Prosecutor General’s Office against International Memorial. Preliminary hearings of the cases against HRC Memorial and International Memorial are scheduled for 23 and 25 November respectively.

The Prosecutor’s office argues that HRC Memorial “conducted activities which repeatedly violated” Russian constitution and federal laws. The lawsuit alleges that in spite of being politically active and receiving foreign funding HRC did not apply for inclusion in the “foreign agents” register. In addition, the Prosecutor stated in his claim that HRC Memorial did not mention its “foreign agent” status in social media materials despite being legally obliged to do so. The Prosecutor’s opinion notes, “the organisation shows a steady disregard for the law and prevents public control over its activities.”

HRC Memorial calls the accusations “ludicrous” and “groundless”. In a statement released on 12 November 2021 the NGO notes, “We are accused of failing to comply with the requirements of the ‘law’, which was initially formulated rather vaguely and was further interpreted arbitrarily and broadly”. International Memorial’s representatives openly call the filed lawsuit “a political decision to destroy Memorial, an organization dedicated to the history of political repression and the protection of human rights”.

ARTICLE 19 is highly alarmed by the intensifying crackdown on organisations that have contributed to exposing political repression and supporting civil liberties. Formed during “glasnost” reforms in the 1980s, Memorial became one of the leading advocacy voices  for human rights in today’s Russia and is a gatekeeper of the remembrance of victims of Soviet crimes. Over many years, International Memorial gathered an invaluable collection of historical archives that is now at great risk of being damaged.

“Memorial has always played a key role in the development of civil society, human rights and the historical memory of Soviet crimes in Russia. Its liquidation would be a major blow to the human rights community, which is already subject to increasing repression through the use of ‘foreign agent’ legislation,” said Sarah Clarke, Head of Article 19 Europe and Central Asia.

ARTICLE 19 calls on the Russian authorities to immediately drop the charges against the Human Rights Center Memorial and International Memorial and to repeal the foreign agent legislation that contravenes the rights to freedom of expression and association.