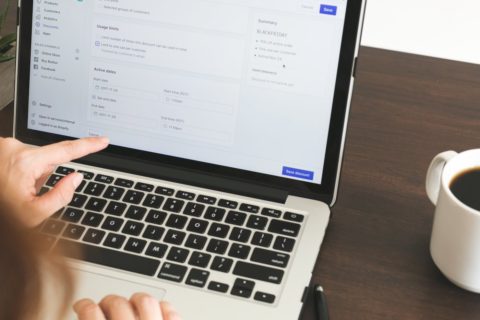 ARTICLE 19 is seriously concerned about the three Russian laws, adopted at the end of December 2020, that expand existing overbroad legislation on blocking online content. The amendments further entrench the problematic regulation of social media platforms and enhance administrative responsibility for non-compliance with online blocking requests. ARTICLE 19 finds that these laws violate international freedom of expression standards and will further increase online censorship in Russia. We call for their immediate repeal.

On 30 December 2020, the Russian President, Vladimir Putin, signed into law three new amendments of existing restrictive legislation. All three laws pose some serious risks for freedom of expression online, Internet freedom and operations of the internet intermediaries and internet service providers in Russia. ARTICLE 19 is gravely concerned about the adopted amendments as well as the continuous deterioration of freedom of expression in Russia.

The Amendments expand the scope of so called “Anti-Magnitsky Act,” a reciprocal response to the Magnitsky legislation in the USA. The USA Law introduced sanctions against Russian officials related to the death of Sergei Magnitsky, a whistle-blowing lawyer who died in a pre-trial detention centre in Moscow in 2009. This Law was originally directed against the US citizens associated with Magnitsky sanctions and measures. ARTICLE 19 is particularly concerned about the following provisions of the Amendments:

All these provisions provide for unlimited grounds for blocking or limiting access to online resources (including foreign websites) in Russia. As such, they fail to meet the requirements of legality and legitimacy under international freedom of expression standards. The provisions are vague and overbroad and open to multiple subjective interpretations. Their primary goal is a retaliation for the foreign sanctions rather than genuine desire to protect rights and freedoms of Russian citizens.

Amendments to the Federal Law “On Information, informational technologies and protection of information”

ARTICLE 19 highlights the following problematic provisions of the Law:

As noted earlier, this Law attempts to force larger social networks to comply with several problematic Russian regulations (e.g. on extremism, terrorism or disinformation). While it may not be practically feasible for the Russian authorities to effectively sanction global social networks for non-compliance with the Law, ARTICLE 19 is concerned that they may turn to limiting and blocking access to such networks via local internet service providers.

Amendments to the Code of Administrative Offences of the Russian Federation

These amendments complement the two laws outlined above, and establish tangible incentives for the local internet service providers, internet intermediaries and online information resources to comply with new requirements and to block access to certain resources online whether partially or in full if requested by the authorities. Financial sanctions foreseen by the Code could be considered as disproportionate especially for the smaller local companies and service providers.

Apart from the concerns on these problematic amendments, ARTICLE 19 is also worried that this new set of laws paves the way for even more extensive online censorship in Russia.

We are aware that the Russian authorities will not be practically able to force large social media networks (e.g. Facebook or Twitter) to comply with these laws. However, local service providers and networks will be forced to comply under the threat of extremely hefty financial sanctions. It might even lead to blocking of major international social networks on the Russian domains by the local service providers based on requests from the Russian authorities. Clearly, such a move will be rather unpopular and may be used as a measure of last resort, but the new legislation opens doors for such blocking orders.

ARTICLE 19, therefore, calls on the Russian government to repeal this legislation and refrain from introducing disproportionate restrictions on online expression and overbroad regulation of internet intermediaries.

We also urge social media networks to resist the blocking orders, legally challenge them and fight back strategically under any pressure from the Russian authorities.