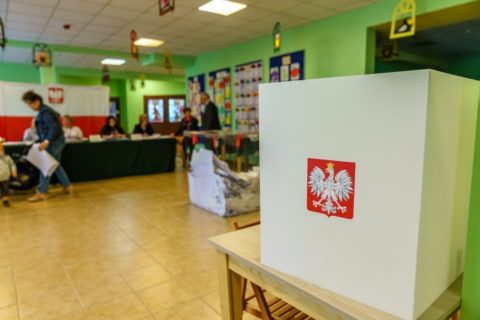 The ruling Law and Justice (PiS) party in Poland has pushed through a vote to hold the general elections scheduled for 10 May entirely by postal ballot, despite protests by opposition parties and observers. ARTICLE 19 continues to call on the Polish Government to agree upon a reasonable election timetable with opposition parties and ensure that Presidential elections respect fundamental freedoms and standards of political pluralism, transparency, accountability, equality, universality and public confidence.

The PiS party narrowly lost a vote in the morning of 6 April to hold the general election by universal postal ballot, without any physical voting stations, but won a second vote on the same issue in the evening.

The Polish postal service will need to deliver all of the ballots to voters in the allotted time frame based on their previous addresses, and voters will then have to drop off their marked ballots at specially designated boxes. In a country that has never before held a postal ballot, and with limited notice, this represents a significant logistical challenge. In reaction, EU Values and Transparency Commissioner Jourová expressed concern about “free and fair elections and the quality of voting, of the legality and constitutionality of such a vote.”

ARTICLE 19 suggests that it is too late in the electoral calendar for the necessary preparations to be undertaken before May, and for electoral officials to receive the requisite training to ensure that they are able to respond to the issues that will inevitably arise. For reasons such as this, the Venice Commission of the Council of Europe and OSCE/ODIHR have declared that “fundamental changes” should not be made to a country’s electoral rules in the year leading up to elections. Under Polish law, amendments to the electoral code must be made at least six months before any elections, and the opposition has said the move violates electoral procedures and could invalidate the vote.

ARTICLE 19 further notes that the Covid-19 restrictions have severely affected the ability of candidates to communicate with voters during the official campaign period, which runs from February to May 2020. Candidates have been forced to cancel political rallies and travel across the country and move their campaigning activities online with little media attention, while the governing party has enjoyed disproportionate media access.

Under international human right standards, voters must have access to information and opinions regarding their political options. It is particularly important in the period preceding an election for opinions and information of all kinds to be permitted to circulate freely, including through public campaigning. Voters are entitled to receive comprehensive, accurate, and reliable information about the voting process and each of the candidates.

ARTICLE 19 therefore reiterates the call on the Polish government to consult with opposition parties and stakeholders regarding a reasonable timeline for postponing the general election to allow for all candidates to campaign effectively and ensure fair elections. Based upon the timelines agreed in other European countries that have decided to delay their 2020 elections, we suggest that a 3 to 6 month postponement would be appropriate to ensure the full protection of the right to freedom of expression and information for the political candidates and the electorate.