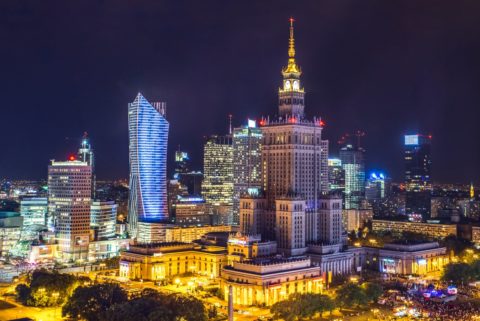 ARTICLE 19 calls on the Polish Government to consult with all political parties and other stakeholders on the challenges to democratic elections caused by the coronavirus pandemic, after Polish opposition parties called for a delay of the presidential elections, currently scheduled for 10 May 2020, due to the suspension of campaigning activities. The Government should agree a reasonable election timetable with opposition parties and ensure that Presidential elections respect fundamental freedoms and standards of political pluralism, transparency, accountability, equality, universality and public confidence.

In March 2020, Poland introduced stringent restrictions on public gatherings and travel in response to the coronavirus pandemic, which are scheduled to remain in effect until at least 11 April. These measures have resulted in the restriction of public campaign activities, which has disproportionately impacted the campaigning of opposition parties. While opposition politicians have been prevented from effectively campaigning for several weeks through rallies and other public events, the governing Law and Justice Party (PiS) has enjoyed disproportionate access to the media. Andrzej Duda, the incumbent President running for re-election, has been allowed to communicate his and PiS’ policies and campaign promises to a much broader audience in the critical pre-election period, including through numerous public appearances at a border checkpoint, hospital, foodbank, and production facility for hand sanitizer, as well as television appearances.

The Polish Government has so far rejected calls by all opposition parties to postpone the presidential election. Indeed, Poland proceeded with five local by-elections on 22 March despite concerns about the public health risks associated with millions of voters converging on polling stations. Poland’s human rights ombudsman, Adam Bodnar, has already warned against exposing voters and members of electoral commissions to serious health risks by continuing with the current election timeline. These public health concerns could reduce voter turnout, further jeopardizing public confidence in the electoral process.

During the pre-election period, it is critical that voters have access to information and opinions regarding their political options. International human rights standards protect the right of every citizen to vote and representatives be elected at genuine periodic elections. The rights to participate in elections and to freedom of expression are closely interlinked – the right to vote and take part in public affairs is supported by ensuring freedom of expression, assembly and association. It is particularly important in the period preceding an election for opinions and information of all kinds to be permitted to circulate freely, including through public campaigning. Voters are entitled to receive comprehensive, accurate, and reliable information about the voting process and each of the candidates.

Due to the coronavirus pandemic, a number of European countries have already postponed elections slated to be held in the first half of 2020, namely France, Germany, Italy, Spain, North Macedonia, Serbia, Northern Cyprus, and the UK. Although the postponement of elections should not be taken lightly, the challenges to political campaigning and extensive restrictions on public life in Poland mean this action would be justified. At present, it is extremely difficult for all political candidates to effectively communicate with the public on an equal basis due to the coronavirus restrictions. Due to the sudden onset of the pandemic, it is also not feasible for opposition political parties to develop sufficient alternative methods for communicating with voters before the polls open.

ARTICLE 19 urges the Government of Poland to agree upon a schedule with opposition parties and other stakeholders that will allow for a reasonable period of open campaigning prior to the polls, while ensuring that the delay will not be excessively long. Based upon the timelines agreed in other countries, we suggest that a three to six month postponement would be appropriate to ensure democratic elections and the full protection of the right to freedom of expression and information for the candidates and the electorate.