While Poland’s constitution largely protects free expression, there have been increasing  concerns about commitments to  free speech and media independence. Since December 2015, the Polish Government has acted to bring public service media broadcasters under its control. Throughout 2016, public radio and television personnel have been under considerable pressure to self-censor and many journalists lost their jobs. As Poland has a substantial percentage of foreign-owned media companies, the government has been advocating for their ‘re-Polonisation’  to reduce the number of critical voices. Simultaneously, the right to protest has been limited by a new law that gives priority to regular ‘cyclical’ (generally pro-government) gatherings,  while authorities have increasingly used force against counter-protesters. People protesting against violations of the Polish Constitution and judicial reforms have received criminal charges, fines or have been intimidated or surveilled by police. Women’s rights organisations endured police intimidation and searches following a nationwide rally supporting women’s rights  in October 2017.

ARTICLE 19 continues to monitor the freedom of expression context in Poland, documenting violations and advocating for redress. We conduct legal analysis on public service media law and support civil society and journalists in Poland to address issues. 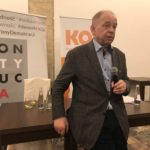 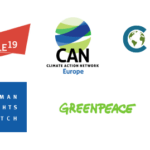