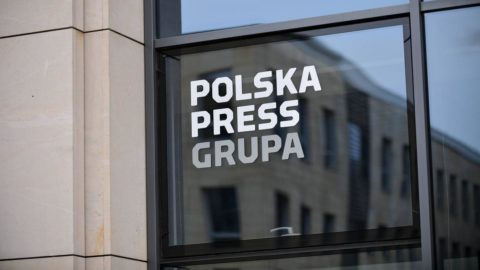 The MFRR supports legal arguments to this effect made by consortium member ARTICLE 19, which recently submitted an amicus brief to the Warsaw regional court of competition. The court is currently hearing the appeal of the Polish Human Rights Ombudsman against the January decision by Poland’s competition regulator, UOKiK, to approve the purchase.

The MFRR and other international media freedom and civil society groups have previously warned that the deal would hand the Law and Justice (PiS) government greater control over the media landscape ahead of upcoming local elections and lead to a purge of critical journalists and editors akin to the takeover of Telewizja Polska in 2016.

The purchase risks the acceleration of state-led media capture in Poland and echoes developments in Hungary in the mid-2010s, when government-backed oligarchs snapped up the country’s regional newspapers, turning them into party mouthpieces.

While Orlen is nominally a private company, the Polish state is the main stakeholder in the company and holds 32 percent of the voting rights. Orlen has itself stated, in recent occasions, that the Polish state has “de facto control” over the company.

Since finalising the sale, Orlen has broken clear commitments to respect editorial independence and staffing by dismissing or pushing out eight editors-in-chief at Polska Press titles, in contradiction of the court’s interim decision suspending the purchase.

Ahead of the ruling, the MFRR supports the appeal brought by Ombudsman Adam Bodnar and joins ARTICLE 19 stressing that the Regional Court in Warsaw must ensure its decision complies with both EU law on mergers and with Poland’s obligations with regards to European standards on media pluralism.

We believe UOKiK’s failure to examine the extent of the Polish state’s control over Orlen and the clear risks to editorial independence this may pose – in addition its failure to consider the impact the acquisition has on competition and media pluralism – invalidates the entire assessment and constitutes sufficient ground for annulment of its original decision.

Firstly, it is clear that the Polish state wields de facto control over Orlen, with combined voting rights of 32.42%. The company’s CEO  was appointed by the government and has clear political allegiances to PiS party leader Jarosław Kaczyński. This raises serious questions about the future editorial independence of Polska Press and the risk of indirect government censorship.

Given the Polish government’s increasingly alarming record on media freedom and concerns about PiS’s use of Orlen to direct public advertising revenue away from critical outlets and distort the media market, UOKiK had a duty to assess the question of state control. However, its original assessment failed to examine this fundamental issue.

Orlen has already replaced the editors-in-chief of numerous Polska Press titles with journalists coming from the state-controlled broadcaster TVP and other pro-PiS media, in a first move to end criticism and ensure favorable coverage. Orlen’s other investments in the media sector, most prominently the creation of the Sigma BIS advertising agency with the state-owned insurance company PZU, is another sign of coordinated state cooperation and control.

Secondly, under EU law media pluralism is one of the factors that must be considered when assessing a merger. In testing the purchase with regards to the Polish Anti-Monopoly Act, which reflects the same test provided by EU merger rules, UOKiK should therefore have taken into account the risk that the transaction may have a negative impact on media pluralism in Poland. Its failure to do so constitutes sufficient ground for annulment of the decision.

Thirdly, by failing to assess whether the proposed takeover led to an infringement of Article 11(2) of the EU Charter regarding the freedom and pluralism of the media, UOKiK violated Article 4(3) TEU and Poland’s obligation of sincere cooperation with the European Union while carrying out its merger control assessment – another significant violation.

Taken together, the MFRR firmly believe these failures by UOKiK warrant a decision by the court to repeal its original decision approving PKN Orlen’s December 2020 purchase of Polska Press from German company Verlagsgruppe Passau. Doing so would not only represent a victory for the rule of law, but also be an important victory for media freedom, pluralism and independence in Poland.

This letter has been written by the Media Freedom Rapid Response (MFRR), which tracks, monitors and responds to violations of press and media freedom in EU Member States and Candidate Countries. This project provides legal and practical support, public advocacy and information to protect journalists and media workers. The MFRR is organised by a consortium led by the European Centre for Press and Media Freedom (ECPMF) including ARTICLE 19, the European Federation of Journalists (EFJ), Free Press Unlimited (FPU), the Institute for Applied Informatics at the University of Leipzig (InfAI), International Press Institute (IPI) and CCI/Osservatorio Balcani e Caucaso Transeuropa (OBCT). The project is co-funded by the European Commission.