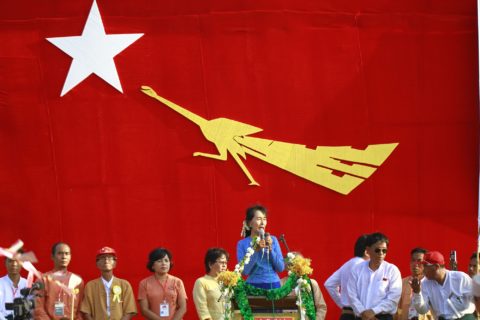 The Myanmar government is undermining freedom of expression ahead of the upcoming general elections by imposing severe restrictions on candidates, voters, and the general public, said ARTICLE 19. 8 September 2020 marked the beginning of the official campaign period for the elections, which are scheduled for 8 November.

Last month, the Union Election Commission (UEC) threatened to prosecute campaigners calling for a boycott of the upcoming elections. The UEC has also issued a new notification that requires all political parties to submit manuscripts of planned campaign broadcasts on state-owned media to the UEC before broadcasting and empowers the UEC to censor messages, including those that defame the military or tarnish the image of the country.

“The restrictions on expression imposed by the UEC harken back to the days of pre-publication censorship under military rule,” said Matthew Bugher, ARTICLE 19’s Head of Asia Programme. “The ability of political parties or politicians to speak candidly about the performance of the incumbent government and the military is astonishingly limited.”

The UEC’s directive magnifies other human rights challenges and threats to the upcoming elections. Ethnic Rohingya candidates have been systematically excluded from running for office. A key election observer was belatedly granted permission to monitor the election, hampering its ability to conduct robust election observation. The government’s restoration of 2G mobile Internet services in townships in Rakhine and Chin States after a year-long Internet blackout has failed to result in significant improvement in access to Internet service in the region. Furthermore, the blocking of the website of the human rights campaign Justice for Myanmar is the latest example of increasingly aggressive tactics from the NLD-government to censor expression.

“The Myanmar government faces enormous challenges in running a safe and smooth election amidst a pandemic”, said Bugher. “Instead of focusing its energy on meeting these challenges, the government seems intent on holding an election with no real political debate.”

On 21 April 2020, ARTICLE 19 released a briefing paper raising concerns about freedom of expression and civic space ahead of the elections. In the briefing paper, ARTICLE 19 called on the government of Myanmar to repeal or reform all laws that violate the right to freedom of expression under international human rights law and standards, including laws that unduly criminalise expression, give broad power to the government to cut-off Internet access, and impermissibly restrict the expression of political parties and candidates. ARTICLE 19 further recommended the government to transform the UEC into a genuinely independent body and to dedicate significant resources to creating a national action plan aimed at combating the root causes of intolerance and discrimination in Myanmar.

As the election nears, several concerning developments have further threatened the right to freedom of expression and information, as well as civic space.

In August, activists launched an election boycott campaign encouraging Myanmar people to refrain from voting. The boycott campaign – launched on the 32nd anniversary of the 8888 Uprising – rests on the premise that the National League for Democracy has failed to deliver on promises it made during its 2015 campaign. The boycott follows similar actions in several previous general elections. Voting is not compulsory in Myanmar.

In response, the UEC threatened legal action against the campaigners. It claimed that those who encourage others not to vote could be prosecuted under various sections of laws governing elections for the upper and lower houses of Parliament as well as state and regional legislatures. These provisions, which each carry a maximum penalty of one year’s imprisonment and a fine, contain vague prohibitions on speeches, writings or other communications to ‘disturb the election or voting’; influencing voters at polling stations; and ‘exhorting and inducing to vote or not to vote’ at a polling station.

Enforcement of these provisions against campaigners calling for a boycott of the November election would violate the campaigners’ right to freedom of expression. Expression may only be restricted for certain aims, exhaustively enumerated in Article 19 of the International Covenant on Civil and Political Rights as respect of the rights or reputations of others and the protection of national security, public order (ordre public), or public health or morals. The limitations on expression contained in these provisions cannot be justified on these grounds. The mere expression of an opinion that casts doubt on the utility of an election or calls on others to boycott an election must not be restricted, let alone criminalised. The UEC should immediately retract its threats to prosecute those involved in the boycott campaign.

Restrictions on the Expression of Political Parties

On 24 July 2020, the UEC issued Notification 138/2020, which deals with campaign messaging on state-owned radio and television stations. The notification contains highly problematic restrictions on political speech. It requires political parties to submit manuscripts to the UEC before broadcast and empowers the UEC to grant permission or to require political parties to edit the manuscript before broadcast. Prohibited speech includes that which ‘defames the nation or tarnishes the image of the nation’ and ‘speech that brings about the disintegration of the Tatmadaw or defames the Tatmadaw’.

The UEC issued a similar directive before the 2015 general elections. In its briefing paper, ARTICLE 19 highlighted that these requirements amount to censorship of political speech, which is incompatible with international human rights law. The issuance of new provisions with substantively similar restrictions indicates that political parties cannot exercise their right to freedom of expression. The UEC should withdraw the notification and refrain from initiating prosecutions of individuals on grounds incompatible with international human rights law.