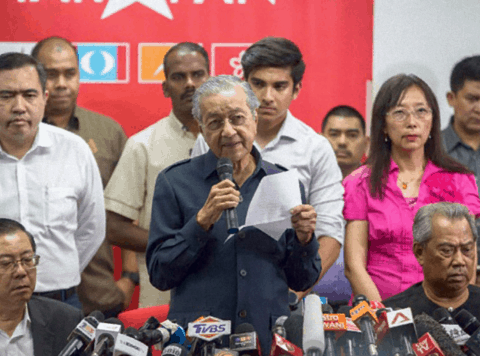 The victory of the Pakatan Harapan coalition in general elections held on 9 May 2018 signalled a seismic shift in Malaysia’s political environment. Malaysians voted for leaders whom they expected to implement wide-ranging reforms and undo the damage done to democracy and human rights during 61 years of rule by the Barisan National (National Front) coalition. Indeed, Pakatan Harapan’s leadership invited these expectations. The coalition’s campaign manifesto included strong commitments to repeal repressive legislation, reform public institutions and ratify human rights treaties.

Many of the government’s actions during its first months in power were encouraging. In a joint statement published after the new government’s first 100 days in office, ARTICLE 19 and CIVICUS applauded the formation of the Institutional Reform Committee, which was tasked with making recommendations to the new government on priorities for legislative and structural reforms. In August 2018, Malaysia’s lower house of Parliament also passed a bill—later rejected by the Senate—to repeal the Anti-Fake News Act, a repressive law adopted by the previous government in the run-up to elections. Authorities took steps towards ending criminal proceedings against human rights defenders, political activists and critics of the former regime. Among those benefiting from dropped charges or acquittals were human rights lawyers Surendran and Eric Paulsen, Socialist Party activist S. Arutchelvan, political cartoonist Zunar, former Batu MP Tian Chua, former Jelutong MP Karpal Singh, and the #KitaLawan protesters. One week after the election, former opposition leader Anwar Ibrahim was released from prison.

However, after one year in power, the Pakatan Harapan government has made little progress on many of the promises made in its manifesto, and has backtracked on other commitments made since taking power. Notably, the government reversed course on its decisions to ratify the International Convention on the Elimination of All Forms of Racial Discrimination (ICERD) and Rome Statute of the International Criminal Court after coming under pressure from conservative groups. The government has also failed to take concrete steps towards the ratification of other human rights treaties, including the International Covenant on Civil and Political Rights. Furthermore, the government has failed to reform repressive legislation, including the Sedition Act 1948, Communications and Multimedia Act 1998, Printing Presses and Publications Act 1984 and Peaceful Assembly Act 2012. Instead, authorities have used these laws to harass, investigate and prosecute human rights defenders, activists and others exercising fundamental freedoms. The government’s failure to address reprisals against activists by non-state actors and anti-rights groups, which are increasingly becoming an obstacle to human rights reforms, also gives cause for concern.

Not long after the elections, civil society groups called on the government to ensure transparency in legislative and institutional reform processes and to provide opportunities for meaningful participation by civil society and other stakeholders. However, reform initiatives have been anything but transparent, with civil society having few opportunities to provide input. Tellingly, the government placed the Council of Eminent Persons’ report—which includes the recommendations from the Institutional Reform Committee—under the Official Secrets Act (OSA), preventing its release to the public.

These failures and shortcomings clearly demonstrate a lack of political will by the Pakatan Harapan government to follow through on its commitments and take the kind of decisive action need to protect and promote human rights in Malaysia. The CIVICUS Monitor—an online platform that tracks threats to civil society—has continued to categorise civic space in Malaysia as “obstructed” a year after the change in government. ARTICLE 19 and CIVICUS call on Malaysia authorities to act with principle and resolve, and to follow through on their human rights commitments without delay.