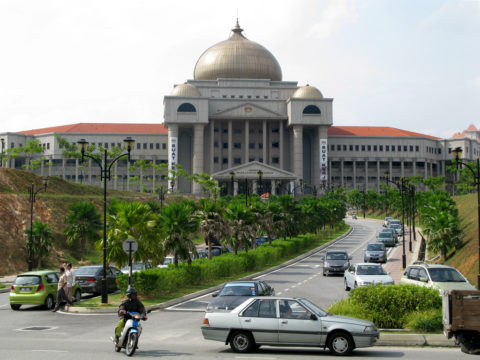 “Malaysian officials say they are restricting speech in order to preserve religious harmony, but they are in fact entrenching a hierarchy of religious beliefs,” said Matthew Bugher, ARTICLE 19’s Head of Asia Programme. “By stifling discourse about religion, blasphemy provisions divide societies and sow the seeds of future conflict.”

Malaysia’s laws contain several provisions that criminalise insults to religion or religious figures, beliefs, or principles. Malaysia’s Penal Code, the Sedition Act 1948, the Communications and Multimedia Act 1998, and the Printing Presses and Publications Act 1984 all contain provisions that have been used to censor and punish expression relating to religion. Government officials have used these provisions to restrict the parameters of acceptable religious discourse in the country and to punish individuals for exercising their right to freedom of expression.

In March 2019, the Department of Islamic Development Malaysia (Jakim) established a unit to monitor social media platforms and invited the public to lodge complaints about content that purportedly insults the Prophet Muhammad or Islam. The unit’s establishment has greatly enhanced government officials’ ability to identify and punish expression they deem blasphemous.

In its first week, the Jakim unit received over 10,000 complaints. In the following year, authorities arrested several people for allegedly blasphemous online posts. The Malaysian government’s use of blasphemy provisions has continued unabated under the Perikatan Nasional coalition government, which came to power in March 2020. Since the change in government, courts have convicted several individuals under the Penal Code, Sedition Act 1948, and Communications and Multimedia Act 1998, and officials have continued to threaten prosecution of individuals deemed to have insulted Islam or the Prophet Muhammad.

The blasphemy provisions identified in the briefing paper violate international human rights law. Proportionate restrictions on expression may be necessary to prevent speech that incites discrimination, hostility or violence on the basis of religion, but any restrictions on the right to freedom of expression must meet the strict requirements of legitimacy, legality, and necessity and proportionality. The laws examined in the briefing paper go well beyond these limits, infringing upon the rights to freedom of expression and freedom of religion or belief in Malaysia.

Restricting discourse does not resolve religious and racial tensions. Censorship, including the restriction of online expression, instead fosters intolerance and fear. It is imperative that the government of Malaysia protects expression and promotes positive policy measures to nurture dialogue and promote understanding between diverse communities. ARTICLE 19 urges Malaysia to reform or repeal all laws that impose legal sanctions for allegedly blasphemous expression and ensure that they are compliant with international human rights law.

“The Malaysian government’s heavy-handed approach to addressing alleged insults to religion has done more harm than good,” said Bugher. “Efforts to promote religious harmony that rely primarily on criminal sanction are doomed to fail. Officials should focus instead on adopting positive policy measures to address the root causes of hatred and discrimination”.