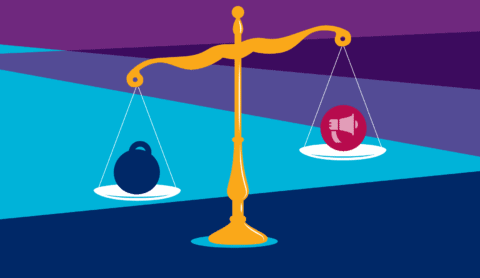 ARTICLE 19 calls on authorities in Kyrgyzstan to refrain from adopting constitutional changes infringing on freedom of expression and media freedom. The proposed changes would accelerate further deterioration of the freedom of expression and media freedom situation in Kyrgyzstan and provide additional basis for targeting independent media both online and offline. The constitutional reform process, the legitimacy of which is widely questioned, should be halted.

Over the last months, Kyrgyzstan has been undergoing political turmoil. The results of the parliamentary elections, that took place on 4 October, were annulled by the Central Election Commission on 21 October following allegations of vote-buying and abuse of administrative resources, with new elections being scheduled for 20 December 2020. The following day, however, the Parliament passed urgent amendments, with all three readings occurring in a single day, postponing subsequent parliamentary elections until summer 2021, citing the need to first amend the Constitution. On 17 November 2020, former prime minister and acting president, Sadyr Japarov announced draft amendments to the Constitution. He also called for a return to a “presidential system of governance” where more powers would be concentrated in hands of the President. The constitutional amendments proposed by Japarov may be voted on in a referendum which could take place on the same day as presidential elections scheduled for 10 January 2021.

ARTICLE 19 is gravely concerned about the proposed amendments as well as continuous deterioration of freedom of expression in Kyrgyzstan. In particular, we highlight the following key issues:

Problematic process and threats to the legitimacy of governance

The process and substantive decisions to initiate amendments to the Kyrgyz Constitution have been already heavily criticised as illegitimate by local and international experts. Also, the Venice Commission has stated that “when the mandate of parliament is prolonged beyond the constitutional duration because the elections are postponed, parliament has only diminished powers and does not have the legitimacy to carry out constitutional reforms.”

ARTICLE 19 believes that the legitimacy of the process confers legitimacy on the outcome and thus, is the strongest guarantee of societal stability and sustainable democratic development. The apparent lack of legitimacy of the constitutional process undermines the legitimacy of any subsequent government and will erode the basis of broader public consensus regarding what should be the fundamental principles of legal, social and economic order in the country.

In an evident attempt to establish a form of censorship, Article 23 of the Draft Constitution proscribes publications (including electronic) and public events which are “contrary to generally recognised moral values, traditions of the peoples of Kyrgyzstan and international standards”.  This Article further provides for the possibility to limit or to ban dissemination in media of the information and content which can harm the “morals and culture” of the people of Kyrgyzstan.

ARTICLE 19 notes that under Article 19 (3) of the International Covenant on Civil and Political Rights (ICCPR), freedom of expression can be restricted only if conditions of so called “three-part test” are met. While protection of public morals constitutes a generally permissible ground for restrictions, any restriction must be prescribed by law e.g. inter alia formulated with sufficient precision and necessary in a democratic society. Further, the Human Rights Committee, a body tasked with interpreting the ICCPR, has observed that “the concept of morals derives from many social, philosophical and religious traditions; consequently, limitations… for the purpose of protecting morals must be based on principles not deriving exclusively from a single tradition.” Any such limitations must be understood in the light of universality of human rights and the principle of non-discrimination.

International human rights law does not recognise as a legitimate purpose of restricting freedom of expression the protection of “traditions” or “culture of the people(s)” unless they can be considered as constitutive elements of “public morals” (and if they indeed are covered by the concept of “public morals”, then mentioning them in this legal provision is redundant).

Article 23 is therefore in violation of these standards. It also conflicts with Article 11 of the Draft Constitution which claims to guarantee the right of the media to “freely publish, express and reflect different views”. This contradictory approach of granting rights with one hand and taking them away with the other is either the result of poor legislative drafting or a deliberate attempt to provide for the selective and arbitrary application of constitutional norms.

In another controversial move, the Draft Constitution drops the current constitutional guarantees of protection from criminal prosecution for defamation (Article 33 (5) of the Constitution). This is extremely concerning as criminal defamation provisions in earlier Kyrgyzstan legislation were used to target independent journalists and created a chilling effect on freedom of expression in the country.

In their recent assessment of the constitutional changes, experts from the Media Policy Institute, consider that the “miraculous” disappearance of the safeguard against criminal defamation may represent an attempt to return to previous practices. It is believed that this omission was not “by accident” and that those who are pushing for the adoption of the Draft Constitution will later seek to criminally prosecute journalists for defamation.

Restrictions on reporting under pretext of data protection

Article 28 aims to protect personal data. However, it states inter alia that “use and disseminate information” about the personal/private life of a person, “without their consent, is forbidden unless otherwise established by the law.” The vagueness of this formulation is problematic for the media whose job often involves disseminating information about the personal/private life of the politicians or other public persons in the public interest (e.g. it could help to prove existence of conflict of interests, cases of fraud or corruption).

Article 32 (4) of the Draft Constitution which aims to prohibit certain types of ‘hate speech,’ including incitement, resembles the wording of Article 20(2) of ICCPR. However, apart from outlawing propaganda of national, ethnic, racial or religious hatred, it also proscribes propaganda of “gender and other social superiority”.

ARTICLE 19 notes that the concept of “social superiority” is an exceptionally broad and ambiguous and goes beyond permissible restrictions on freedom of expression. We are also concerned that the proposed ban of “propaganda of gender superiority” will be misused to attack anti-discrimination projects and initiatives as well as to take down media publications promoting gender equality and/or LGBTQI rights.

Article 29 allows in exceptional cases (such exceptions should be further prescribed by law) to conduct searches of private accommodation, property and personal items without judicial decision/approval. Though such actions of the law enforcement could be further assessed by the courts in terms of their legality and justification, this provision can potentially ease persecution of dissidents and/or journalists and media by the authorities.

Threats to the system of checks-and-balances and legal uncertainty

The proposed Draft Constitution distorts the system of checks-and-balances as a basic principle of democratic governance and entrusts the President with exceptionally broad powers. The resultant misbalance between the three branches of power makes the whole governance system fragile and open to gradual usurpation. It is worth noting that growing consolidation of power makes any State prone to conflicts, where regular and peaceful transition of state power becomes less and less feasible.

ARTICLE 19 is further concerned about legal uncertainty created by the transitional provisions of the constitutional amendments. In particular, these provisions prescribe that where necessary laws are absent to ensure implementation of the provisions of the amended Constitution, the President may adopt the respective interim decrees which will have the force of law up until the necessary laws are duly adopted by the Parliament. The transitional provisions also allow the President to form a Government of their own choosing until it can be formed in accordance with the Constitution. Thus, for the period between possible adoption of the new Constitution and election of the new Parliament, most of the state power will be consolidated in the President’s hands and the legal framework of the country will be dependent on their arbitrary will.

Additionally, the draft text of the Constitution establishes a 5-year term for the Presidency, however the President to be elected in January 2021 will be in power for 6 years.

Taking into account the above and in light of applicable international standards and good practices, ARTICLE 19 calls on the authorities in Kyrgyzstan: