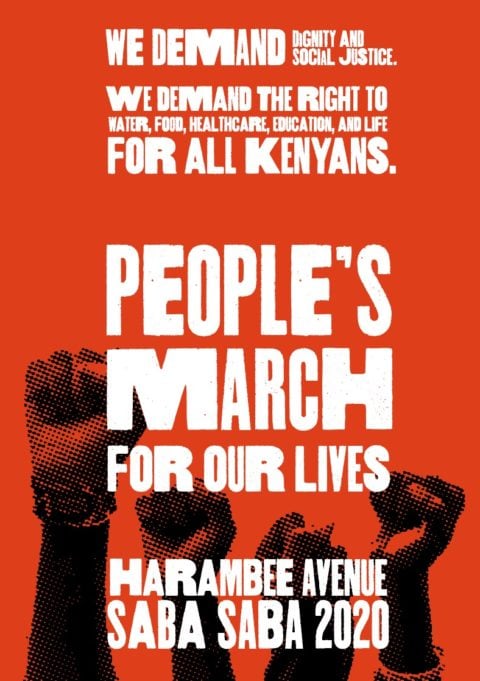 Ahead of the SabaSaba March for Our Lives on Tuesday 7 July, ARTICLE 19 EASTERN AFRICA urges the National Police Service to protect protesters and ensure no excessive force is used.

“The SabaSaba March for Our Lives gives the police the opportunity to demonstrate they are willing to comply with the Constitution and protect the protesters. We don’t want to witness police brutality in a march against the same practice. The government must respect, protect and fulfil the right to protest.”

SabaSaba dates back to 7 July 1990 and is one of the most important days in the history of freedom of Kenya, when protesters gathered at Kamukunji to oppose the oppressive regime, a move which was critical for multi-party democracy. The pro-democracy rally was declared illegal and two of the promoters of the protests were severely beaten three days before the protests. During the rallies, police used tear gas and the then President later ordered for the arrest of the reform proponents.

“SabaSaba marks a day when people bravely claimed their right to freedom of assembly and expression. Sadly, the police response to SabaSaba 30 years ago is characteristic of the endemic problem of police brutality that we see in Kenya today.”

The theme of this year’s SabaSaba March for Our Lives is ‘Tekeleza Katiba’ which is loosely translated to ‘implement the Constitution’. The organizers of the march are grassroot activists including the Social Justice Centres based in the communities mostly affected by police brutality. The march is calling for dignity of the people, respect to the right to life, and an end to police brutality. Excessive use of force by the police is especially witnessed in the low income areas where people lack social economic rights such as the right to housing, water and education.

ARTICLE 19 has launched a Petition to the National Police Service demanding better practice from police officers and an end to excessive use of force when dispersing protesters. ARTICLE 19 will be present the Petition later this month.

Last month, ARTICLE 19 warned that the government should not use the coronavirus pandemic to unjustifiably restrict the right to protest.