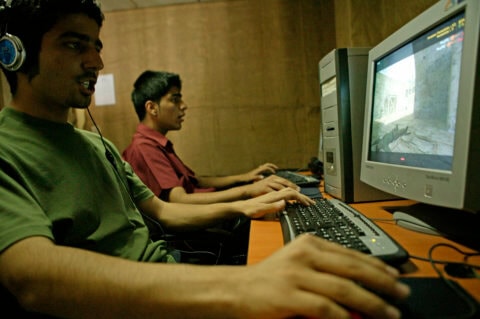 In June 2014, the Iraqi government ordered an internet shutdown in areas of the country that are caught up in unrest. It also banned specific social media sites across the country. Access to the Internet is crucial in times of emergency and ARTICLE 19 believes that the shutdown is in contravention of Iraq’s obligations under international law.

The internet ban was announced on 15 June 2014, in a widely-leaked letter to internet service providers from Salah Hasan Ali, the director-general of the Partners section at the Iraqi Telecoms Ministry’s Transmission and Data Networks department. The letter said that the shutdown was ordered ‘with reference to the current security situation and the exceptional circumstances that Iraq is undergoing’. Non-compliant internet service providers would face investigation by a security committee and ‘legal and security consequences,’ the letter added.

The letter revealed that the Iraqi Telecoms Ministry had ordered an internet shutdown in five provinces covering most of the central belt of the country: Ninewa, al-Anbar, Salah al-Din, Kirkuk and Diyala. These five provinces are mostly under the control of or being contested by the Islamic State in Iraq and al-Sham (ISIS), an armed group operating in Syria and Iraq which was formally linked to the militant Islamist network Al-Qaeda. Over the past two years, these provinces have been the sites of protests against the sacking of politicians linked to Iraq’s Sunni population and a harsh anti-terror law which allows the death penalty to be used widely. These demonstrations were part of wider confrontations between the Iraqi government and militias linked to sectarian groups in Iraq.

In the letter, the Iraqi Telecoms Ministry also ordered an internet shutdown in eleven specific places, most of them in and around the Iraqi capital Baghdad: al-Adal, al-Ghazaliya, Abu Ghraib, al-Radwaniya, al-Mahmudiya, al-Latifiya, Falluja, Jurf al-Sakhar, al-Taji, al-Yusufiya and al-Musayib. These areas, many of them to the south of Baghdad, are not under ISIS control. However, they are areas caught up in Iraq’s insecurity and sectarian polarisation.

On 18 June 2014, the Iraqi Telecoms Ministry’s website confirmed the ban on social media sites stating that a senior official, Amir Hadar al-Bayati, had told a television journalist that the ban was a temporary measure resulting from the current security situation. He said that the measures were necessary because ‘Iraq has been exposed to a great conspiracy and a terrorist attack, in which the enemy is using internet websites to propagate false rumours.’

ARTICLE 19 reminds the Iraqi government that under international law, all restrictions on freedom of expression must comply with the requirements laid down under Article 19 of the International Covenant on Civil and Political Rights, i.e. any restriction on freedom of expression must: (i) have a legal basis; (ii) pursue a legitimate aim and (iii) be necessary and proportionate to the aim pursued.

The letter and the Iraq Telecoms Ministry website clearly fail to comply with these requirements. A blanket ban on Internet access is inherently disproportionate. In this regard, four special mandate-holders on freedom of expression have made it clear in their Joint Declaration on Freedom of Expression and the Internet (2011), that ‘Cutting off access to the Internet, or parts of the Internet, for whole populations or segments of the public (shutting down the Internet) can never be justified, including on public order or national security grounds’.

ARTICLE 19 therefore calls on the Iraqi government to lift the Internet ban immediately.