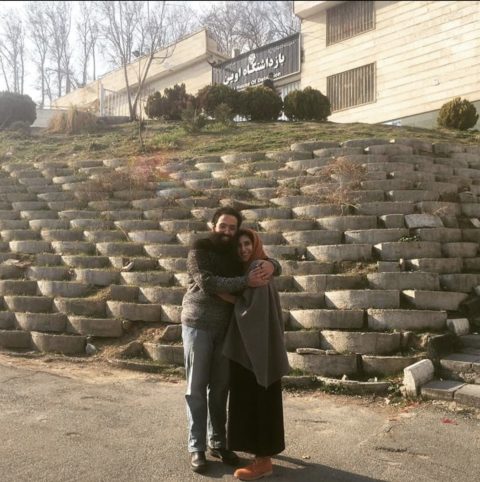 In a rare moment of celebration of good news out of Iran, ARTICLE 19 is happy to announce the release of satirical writer Kioomars Marzban. He was released from Tehran’s Evin prison yesterday, 24 February, after serving two years, six months and three days in prison on bogus charges.

“Kioomars Marzban was released from prison two years, six months and three days after his arrest. Arrested over his writings, he faced five charges and was sentenced to 23 years and 11 months in prison, of which he was required to serve 11 years. The sentence was disproportionate. He has received a pardon for six years of his sentence. His parole request was rejected. But efforts led to the remainder of his sentence being suspended.”

ARTICLE 19 understands that six years of Kioomars Marzban’s 23-year and 11 months sentence, 11 years of which was subject to implementation, was pardoned.

ARTICLE 19 spoke to Marzban’s lawyer Mohammad Aghasi, and he confirmed the remaining eight years and three months of his sentence have been suspended by the Judiciary for a period of two and half years. Pending “no further criminal convictions” within this period, his sentence will be lifted. Aghasi told ARTICLE 19 that if Marzban encounters any issues with the law, he will be required to serve the suspended sentence. Marzban has been given the right to leave the country.

In a call, Aghasi told ARTICLE 19, “I want to reiterate, Marzban did nothing other than write.”

“While the release of Kioomars Marzban is a welcome step, he should have never been charged and imprisoned for his professional work and for peacefully exercising his right to freedom of expression. His case is emblematic of the Iranian authorities’ zero tolerance for freedom of expression and the Judiciary’s lack of independence,” said Saloua Ghazouani, Director of ARTICLE 19’s Middle East and North Africa Programme.

“The authorities must quash the remainder of Marzban’s sentence without any conditions and release all individuals imprisoned solely for the peaceful exercise of their human rights, including their right to freedom of expression,” Ghazouani added.

Marzban, who was arrested in early September 2018, was charged for his satirical writing for programmes broadcast and published on Iranian diaspora media, including Radio Farda, the Persian division of Radio Free Europe/Radio Liberty and the London-based satellite media network Manoto.

His lawyer Mohamad Aghasi told ARTICLE 19 in 2019 that the sentence against Marzban included 11 years in prison for “communication with America’s hostile government”, seven years and six months for “insulting the sacred”, three years for “insulting the [supreme] leader”, one year and six months for “propaganda against the state”, nine months for “insulting officials”, a two-year travel ban from leaving Iran, and a two-year ban from using social networks or publishing in media. Major violations of fair trial standards, including the denial of access to a lawyer following arrest, marred Marzaban’s trial.

While ARTICLE 19 welcomes Marzban’s release, we remain gravely concerned about the ever-escalating persecution of individuals solely for the peaceful exercise of their human rights. Iran’s laws provide a fertile ground for arbitrary arrest and detention. Alarmingly, instead of amending these problematic laws, the Iranian authorities are introducing new legislation that further impose undue restrictions on the right to freedom of expression.

ARTICLE 19 raises concerns about the introduction of a new Supreme Council of Cyberspace decree, entitled “Requirements for Preventing and Countering Publication of False Information, News and Content in Cyberspace”. The decree appears to be a new way to persecute speech online, but within the new discourses of “fake news” and disinformation. The introduction of such regulation is even more worrisome in a context in which writers such as Marzban often face accusations of creating propaganda against the state.