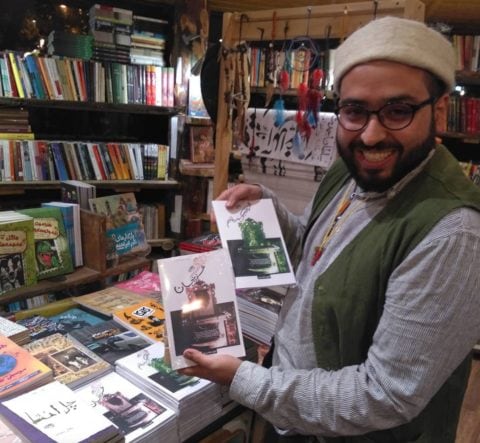 ARTICLE 19 condemns the sentencing of Kioomars Marzban, a 27 year old satirical writer, to 23 years and 3 months in prison by the Iranian regime on 24 August 2019. The sentencing is part of a pattern of repression against legitimate expression and work of individuals in the Iranian diaspora, and must be challenged.

Marzban, who was arrested in early September 2018, has been charged for his satirical writing for programs belonging to Iranian diaspora media, including Radio Farda, the Persian division of Radio Free Europe/Radio Liberty and the London based satellite media network Manoto.

On 12 September 2018, following his arrest, a website affiliated with the Iranian Revolutionary Guard Corps (IRGC), Edalatkhahan (Justice Seekers), falsely claimed Marzban had traveled to the US with the intention of launching an anti-Iranian media outlet “aimed at inflaming the people and creating social divisions”.

Marzban had been living in Malaysia since leaving Iran in 2009, and is known to have only traveled to Georgia in the Caucasus region. He returned to Iran in 2018 to spend time with his ailing grandmother. Marzban remained transparent about all of his work and writing for Persian diaspora media and organisations, and led creative writing workshops in Iran on his return, referencing his work abroad, as he explained in an interview with the Iranian Student News Agency (ISNA) in April 2018. He has previously been nominated for a Freedex Award for his work.

The IRGC also accused Marzban of cooperating on projects with the American human rights organisation Freedom House, which they wrote is “a project of American intelligence to push the issue of human rights internationally through media organisations such as Voice of America (VOA), Radio Farda and Manoto, as part of the legs and arms of their psychological warfare”.

Authorities raided Marzban’s house in September to arrest him and confiscate his laptop, mobile phone and writing materials. He was also denied a lawyer upon his arrest, but was allowed to appoint Aghassi some months after his detainment. Aghassi told ARTICLE 19 that the denial of proper legal representation to Marzban upon his arrest was of detriment to his case, and this denial likewise also violates his right to a fair trial.

Marzban’s sentencing is part of a broader pattern of repression, and comes in the same week as the denial of an appeal by Aras Amiri, an employee of the British Council who was arrested in Iran while also visiting an ill relative, and was sentenced to 10 years in prison for alleged spying. Nazanin Zaghari Ratcliffe, a British Iranian who worked for BBC Media Action and was arrested while visiting family in Iran in April 2016, is currently serving a five year sentence on national security charges, while her daughter is prevented from regular visits or from seeing her British father.

Commenting on the case, Thomas Hughes, Executive Director of ARTICLE 19 stated that, “The continued use of vague and repressive criminal provisions to imprison Iranians simply for their peaceful charitable work or creative expression, is a severe violation of Iran’s human rights obligations, and must end.  Kioomars Marzban’s arrest is another shocking example of the Iranian regime targeting diaspora members for peaceful charitable and media work, and particularly cruelly, while they are doing nothing more than seeking to visit family members.

“The severity of the sentences handed down to Marzban and others, simply for exercising their right to expression, is especially concerning,” continued Hughes.  “ We call on Iran to immediately release Marzban, Amiri, Zaghari-Ratcliffe and others detained unjustly by the Iranian authorities for their work”.