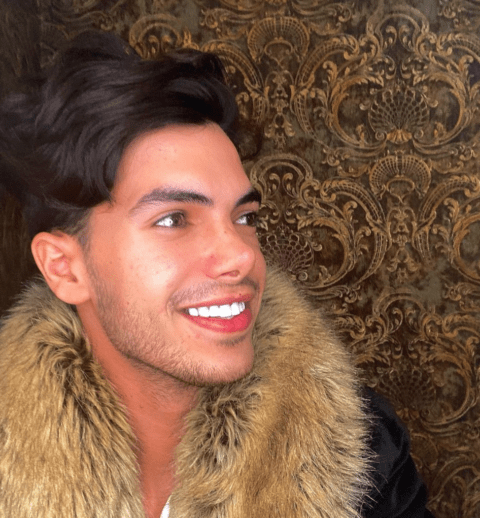 ARTICLE 19 pays tribute to Alireza Fazeli-Monfared, a 20-year old gay man in Iran who was murdered on 4 May 2021 in Ahvaz, Iran with evidence strongly indicating that his murder was due to his sexuality. Alireza’s murder has shaken the Iranian LGBTQI community, shining a light on the plight of the LGBTQI community in Iran, at the hands of State structures and homophobic, transphobic, conservative, and patriarchal social norms.

ARTICLE 19 calls for a prompt, thorough and independent investigation into Alireza’s murder, and for those responsible to be brought to justice in fair proceedings without resort to the death penalty. A failure to conduct an investigation into his killing in line with international human rights law and standards would constitute a violation of his right to life by the state.

The shocking details of Alireza’s murder are still being patched together. It has been reported that Alireza was kidnapped by his stepbrother and cousins, and his body was found the next day (5 May) in a palm grove. According to Alireza’s partner, Aghil Abiat, Alireza knew his life was in danger and had plans to leave Iran to live with Aghil. His departure was set for two days after his murder. Alireza’s mother was informed that they had “finished him off” and told of the location of his body.

ARTICLE 19 stands with the Iranian LGBTQI community during this tragic time. We continue to call for the repeal of anti-LGBTQI laws and policies, and an end to systematic discrimination against and hate speech directed towards LGBTQI people Iran, in particular from public officials.

Evidence that has emerged since Alireza Fazeli-Monfared’s murder strongly indicates that he was killed due to his sexual orientation. BBC Persian has reviewed audio messages from Alireza in which he says that his life had been “threatened by his family”. People close to Alireza had told BBC Persian that he was living separately from his family in another city and was only visiting Ahvaz to collect documents that would allow him to travel abroad.

Alireza Fazeli-Monfared was a member of Iran’s Arab ethnic minority in Ahvaz. Iran’s ethnic minorities face systematic oppression in Iran. Being part of an ethnic minority group as well as Iran’s LGBTQI community put Alireza at particular risk, and must not enable further impunity for his killing.

Alireza’s case has caused international outrage and has highlighted the urgent need to address the plight of LGBTQI people in Iran. Sadly, Alireza’s case is one of numerous untold stories. A legal structure that criminalises various aspects of the lives of the LGBTQI people leaves individuals belonging to the LGBTQI community at risk of violence, hate crimes and discrimination both at the hands of state actors as well as non-state actors who can act with impunity.  6Rang found in a recent survey that 60% of LGBTQI individuals living in Iran are subjected to violence by their families. Hate speech is widespread against the community, including from public officials, who refer to the community as “subhuman” and “diseased”. Without urgent action taken to amend the legal framework in line with international law and standards and to tackle homophobic, transphobic and patriarchal social norms, these type of discriminatory crimes will inevitably continue.

The UN Special Rapporteur on Iran, Javaid Rehman, noted in his January 2021 report that LGBTQI people in Iran face regular harassment and arrest, are denied fair trial rights, and face bullying and abuse within families, in institutions and workplaces. This goes unreported due to fear of further persecution.

As ARTICLE 19 has outlined, Iran’s laws criminalise various forms of gender and sexual expression of the LGBTQI community including consensual sexual relations between adults of the same sex. It subjects such “offences” to punishments, falling under hudud, that range from flogging to the death penalty. For example, under the 2013 Islamic Penal Code1For the text of the 2013 Islamic Penal Code, (Book oI and II) please see: https://iranhrdc.org/english-translation-of-books-i-ii-of-the-new-islamic-penal-code/, sexual relations between two men that amount to lavat (“male-male anal penetration”) are subjected to flogging or the death penalty. In imposing punishments, the Code differentiates between the “active” and the “passive” partners of same-sex sexual conduct. Article 234 and its Note, impose the death penalty on the “active” partner if he meets the conditions of ehsan2Under Article 226 of the 2013 Islamic Penal Code, “Ihsan shall be established for both men and women according to the following:  a) Ihsan of a man is defined as a status that a man is married to a permanent and pubescent wife and has had vaginal intercourse with her whilst he has been sane and pubescent and can have vaginal intercourse with her whenever he so wishes b)  Ihsan of a woman is defined as a status that a woman who is married to her permanent and pubescent husband and the husband has had vaginal intercourse with her whilst she was sane and pubescent and she is able to have vaginal intercourse with her husband.”, if he is not a Muslim and the “passive” partner is a Muslim or if the intercourse is by force. The “passive” partner, however, shall be sentenced to death regardless of whether he meets the conditions of ehsan unless the intercourse has been forced on him.

Flogging, which violates the absolute prohibition of torture and other cruel, inhuman or degrading treatment or punishments, is used to punish certain same-sex relations, both between men and women. Tafkhiz (this term has a specific meaning though in practice it is broadly applied, refers to sexual relations between two men that does not amount to “sodomy” and  is defined as: “placing of a man’s sexual organ between another man’s thighs or buttocks”) is punishable by 100 lashes (Article 235). Conviction for the fourth time is, however, punishable by the death penalty.  The Penal Code also criminalises same-sex sexual conduct between two women involving such acts as “kissing or touching as a result of lust” (Article 237) with the crime of mosahegheh, which is when a woman “places her sexual organ on another woman’s sexual organ” punishable by 100 lashes. Those found guilty of mosahegheh upon the fourth conviction shall be sentenced to death.

Such laws along with pervasive impunity for police and other state actors for their abuse and discrimination against marginalised groups and dissenting voices, provide for a limited space for protection for the LGBTQI community, and perpetuates a culture of homophobia and transphobia and impunity for discrimination and abuse against LGBTQI people.

LGBTQI individuals are harassed, threatened, and arrested in Iran on a daily basis, often after being surveilled on the apps and social platforms they use, as further reported by ARTICLE 19 in 2018. Research findings and local experts’ testimonials indicate that there are unofficial and random monitoring of apps used by LGBTQI people. The use of the data gathered has ranged from threats of arrest to use of the information incriminating them under Iran’s anti-LGBTQI laws when interrogating users for political or other activities seen as punishable by the state. Chat groups on Telegram have also been monitored and the admins of LGBTQI groups arrested. This is coupled with prevalent reports on abuse of detainees, including LGBTQI detainees, by prison guards and police, as well as violations of fair trial standards.3ARTICLE 19 is currently working on forthcoming research on this issue. For inquiries and contributions please contact [email protected]).

Alireza will not be forgotten  #علیرضا_فاضلی_منفرد

Since Alireza’s death, the hashtag #علیرضا_فاضلی_منفرد has been shared internationally, along with Alireza’s smiling face. Information from his social media accounts showed he was passionate about music and dogs. He often posed for photos hugging dogs and had posted several smiling lipsync videos. His brutal killing for simply wanting to live a life free from abuse has struck a chord with many on social media, and his name (علیرضا) has turned into a rallying point for the Iranian LGBTQI community, with activists using the hashtag #AlirezaIsMyFamily on social media to express solidarity with the community and outrage over the horrendous murder.

ARTICLE 19 stands with the Iranian LGBTQI community calling for an independent and thorough investigation into Alireza’s killing. We continue to call for an end to systematic discrimination and violence against LGBTQI people in Iran.

Mirroring some of the calls made in the wake of queer Egyptian  activist Sarah Hegazy’s case, we call on the Islamic Republic of Iran, including the government, the Parliament, Guardian Council, security forces and other state bodies, to ensure:

We again call on funding agencies and donors to support rehabilitation, wellness and psychological health programs for HRDs and activists who experience violence, arbitrary arrest and torture based on their sexual orientation or gender identity. States and international agencies must acknowledge the conditions of extreme persecution and unfair prosecution faced by LGBTQI people from Iran and other similar contexts, in considering their asylum applications. We further urge host countries of LGBTQI asylum seekers and refugees to take into consideration the psychological impact of such conditions on them when designing asylum processes and procedures.

Finally, ARTICLE 19 calls on international and Iranian diaspora media to increase their coverage of the lives and violations faced by LGBTQI Iranians, to increase education and understanding about LGBTQI rights issues. Increased visibility and education about LGBTQI people and their lives is vital to support the LGBTQI community to flourish without fear.