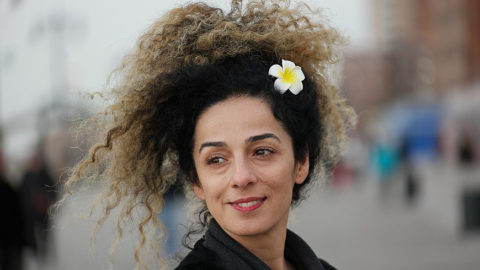 ARTICLE 19 is deeply shocked to learn intelligence agents of the Islamic Republic of Iran were behind a plot to kidnap Iranian-American activist and journalist Masih Alinejad, and forcibly return her to Iran where she would be at risk of torture and ill-treatment, a lengthy prison term, and even execution. The plot was revealed in an indictment by a federal court in New York on 13 July 2021, according to which the network targeted other victims in Canada, the United Kingdom and the United Arab Emirates.

“This brazen attempt to commit the crime of abduction on US soil is a clear indication of the absolute impunity the Iranian authorities continue to enjoy for committing gross human rights violations and international crimes. The Iranian authorities are known for political repression, their zero intolerance of freedom of expression, violating due process and the use of the death penalty against dissidents. This latest effort is a worrying sign of the lengths they will go to to silence dissent and instil fear and how even activists speaking out from outside the country are under serious threat,” said Saloua Ghazouani, Director of ARTICLE 19 Middle East and North Africa Programme.

The plots for the abduction of Masih Alinejad are especially disturbing given it has only been seven months since the execution by Iran of Ruhollah Zam, a France-based dissident journalist running a popular Telegram channel. Zam was lured to a third country by Iranian agents, from where he was kidnapped and forcibly returned to Iran. There, Zam was charged with the vaguely worded and broadly defined capital offence of “spreading corruption on earth” and was subjected to a grossly unfair trial. He was denied access to a lawyer and his family members during his nine months of detention and his forced “confessions” were aired on national TV. The court, in flagrant violation of international law, sentenced Zam to death. His December 2020 execution constituted an unlawful and arbitrary deprivation of his right to life.

ARTICLE19 was horrified to discover the FBI investigation into the alleged criminals included evidence linking the attempt on Alinejad’s life to the case of Zam, including a photo of Alinejad alongside Zam with a thinly veiled threat: “gradually the gathering gets bigger… are you coming, or should we come for you?”

Recent trends in extraterritorial violations of human rights by countries such as Iran and Saudi Arabia should give the world alarm. Cases such as that of Zam and Jamal Khashoggi show that authoritarian states feel increasingly confident in their ability to commit crimes and to silence freedom of expression beyond their borders, without facing consequences.

ARTICLE 19 reiterates its calls on the international community and in particular to the member States of the Human Rights Council to take concrete measures to put an end to the crisis of impunity in Iran including by establishing an impartial and independent investigation and accountability mechanism on Iran.