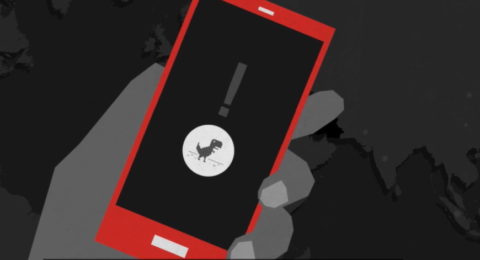 Nearly a year on from the Internet shutdown that facilitated the bloody crackdown of protests across Iran in November 2019, the authorities continue to show little to no transparency and accountability. with regards to their decisions about the shutdown.

ARTICLE 19’s review of information requests submitted under Iran’s Freedom of Information Act finds that the authorities have generally refused to provide requesters with information on the grounds that they are classified. Where responses were provided, they were either partial or inadequate.

“The Iranian authorities’ continuous refusal to show the slightest commitment to transparency and accountability has added the failure to uphold the right to access information and the right to truth to their portfolio of human rights violations. It is high time that prompt, impartial, independent and transparent investigations into the gross and multifaceted violation that took place in the context of the November 2019 protests, including the week-long Internet shutdown, are carried out and those responsible are held into account,” said Saloua Ghazouani, Director of ARTICLE 19 Middle East and North Africa Programme.

“Treating information related to the human rights of millions of people and the obligations of the authorities to uphold these rights as state secrets runs contrary to Iran’s own laws on access to information. The decision to shutdown the Internet cannot be considered a state secret and as such should be declassified and released,” added Ghazouani,

On 16 November 2019, people in Iran found that they were no longer able to connect to the Internet. A day earlier, on 15 November, protests had erupted in response to a sudden rise in fuel prices and endemic economic and political corruption. The authorities imposed a near total Internet shutdown, affecting over 82 million people, alongside an intermittent satellite TV jamming while embarking on a brutal crackdown. As protestors, journalists and human rights defenders were cut off from the world and unable to communicate reports of the clampdown, police and security forces used deliberate and unlawful lethal force killing at least 304 protestors and passersby[1], and injuring and detaining many more. Most Internet connections to the global Internet on Iran’s mobile carriers did not come back on until Wednesday 27 November.

As ARTICLE 19’s report “Tightening the Net 2020: After Blood and Shutdowns” has documented, shutdown decisions in Iran have no clear legal framework. ARTICLE 19 has recorded shutdown occurring as national security decisions, taken by the Supreme National Security Council (SNSC).[2] The precedent indicates that the SNSC orders shutdowns, which are then implemented through the Ministry of Information and Communications Technology of Iran. However, there is much ambiguity over where decisions originate in SNSC which is a multi-agency body. To this date, the Iranian authorities have refused to be transparent and accountable.

Seeking accountability through the right to know

Since November 2019, various statements have been made by the authorities in relation to the shutdown. Yet, no official or state institution has admitted responsibility for the decision and the implementation.

In this context, a number of Iranian citizens have tried to seek clarification by exercising their right to access information through submitting information requests to relevant government bodies. Under the 2009’s Publication and Free Access to Information Act, every Iranian citizen has a right to request information from public, private, and other institutions providing public services. These institutions are obligated to provide the requested information within ten working days.

Over the past year, the Information Commission, which is mandated to oversee the implementation of the Act, has made public a series of information requests submitted to various public institutions, the responses they have received, as well as the commentaries of the Commission. ARTICLE 19 has reviewed these documents and identified at least 13 information requests which were submitted in 2019.

In these requests, submitted primarily to the Ministry of Information and Communications Technology of Iran (MICT) but also to the Interior Ministry and the Parliament, requesters have asked about the reasons for the Internet shutdown, which bodies were responsible for the decision, and the ways in which individuals could submit complaints against the responsible bodies and officials.

Alarmingly, the Secretary of Information Commission’s commentaries on requests seeking information about the shutdown state that these requests “fall outside the inclusion of the Freedom of Information Act.” These commentaries fail to provide any clarifications as to why questions about decisions that affected and disrupted the lives of millions of people in numerous ways and violated an array of their human rights fall outside the scope of the Act.

Can decisions about Internet shutdowns be considered state secrets?

Iran’s Freedom of Information Act, while a step forward, is undermined by a number of shortcomings including an overly broad and vague exemption clause that allows for refusal to release information on the grounds that it is classified. Under Article 13 of the Act, the release of “classified” information is exempt, and under its 2014 bylaw, determination of what counts as “classified” is based on the archaic Law on Disclosure and Release of Confidential and Secret Government Documents, dating back to 1975, which defines secret information as “documents whose disclosure is against the interests of the state or country”, enabling this definition to cover a range of information the public should be entitled to access. These vague and broad exceptions open the hands of public institutions to arbitrarily refuse releasing information.

Although the Ministry of ICT has stated that the decision ordering the shutdown is classified, ARTICLE 19 is of the view that despite vague and broad exemption clauses, the state’s decisions to shutdown the Internet cannot be treated as classified. This is because access to the Internet, as a right recognised under the right to freedom of expression and the right to access information, belongs to all people and it is the duty of the state to ensure that all individuals enjoy this right. Under the Act, decisions pertaining to public rights and duties cannot be considered as stated secrets. Article 11 of Act states that “Resolutions or decisions which concern public rights and responsibilities cannot be classified as confidential State information; therefore, their publication is mandatory.”

The requirement for publication of information pertaining to public rights and responsibilities has been further elaborated under a directive adopted by the Information Commission[4] in May 2020. Article 1 of the Directive, entitled “the Directive on Publication and Access to Information Pertaining to People’s Rights and Duties (Laws, Regulations and Public Decisions)” states that all decisions – whether in the form of directives, laws, bylaws which create general obligations, prohibitions, or deprivations are considered information pertaining to the people’s rights and duties. Classification of such information is prohibited under Article 5 of the Directive. Moreover, Article 2 clarifies that the decisions of Supreme Councils also fall under the Directive if they meet the conditions outlined under Article 1.

As such, ARTICLE 19 believes that the Supreme National Security Council and other institutions involved in the Internet shutdown are under a legal obligation to publicly release their decisions with this regard.

The need for reform

The manner in which information requests with regards to the Internet shutdown have been treated clearly demonstrates the shortcomings of the Act and how they allow state institutions to evade accountability and transparency. Furthermore, it is concerning that the Commission, which is made up of senior officials from ministries, does not act in an independent manner.

An access to information law which enables institutions to arbitrarily refuse information on the grounds of broad and vague exemptions does not genuinely guarantee the right to information. If the Iranian authorities want the Act to be anything more than ink on paper, they should urgently review and amend the Act to bring it into conformity with international law including by removing the vague and broad exemption clauses. Pending a full review, they must ensure that all institutions covered under the Act fully implement the Directive on Publication and Access to Information Pertaining to People’s Rights and Duties by declassifying all information that has unduly been considered state secrets.

[3] The response of the Ministry of ICT could be found in the Excel document published by the Information Commission.

[4] The Information Commission is the body mandated with overseeing the implementation of the Act. Directives passed by the Commission have the force of law.