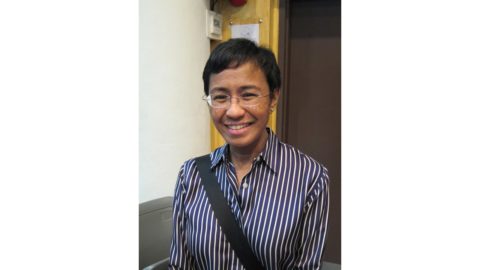 ARTICLE 19 welcomes the news that the Nobel Peace Prize has been awarded to journalists Maria Ressa and Dmitry Muratov.

“ARTICLE 19 sincerely congratulates Maria Ressa and Dmitry Muratov as recipients of this year’s Nobel Peace Prize. We have been privileged to work with these fearless and inspiring individuals,” said Quinn McKew, ARTICLE 19’s Executive Director. “They have dedicated their lives, at great personal cost, to the truth and the belief that all people deserve to live in a world where they can pursue truth without persecution.”

Maria Ressa is the co-founder of the investigative news website Rappler, which the prize committee commended for exposing “abuse of power, use of violence and growing authoritarianism in her native country, the Philippines”.

Russian journalist Dmitry Muratov co-founded the independent newspaper Novaya Gazeta, which for decades has been one of Russia’s most important sources of independent news in an increasingly dangerous and restrictive media environment.

The Norwegian Nobel Institute in Oslo announced the prize was being jointly awarded to the two journalists on 8 October, prompting celebration across the freedom of expression and journalism communities.

“Democracy and peace depend on freedom of expression and a free media,” said Quinn McKew. “We thank the Nobel Committee for recognizing and calling attention to the crisis in expression and the free press around the world today with this award.”