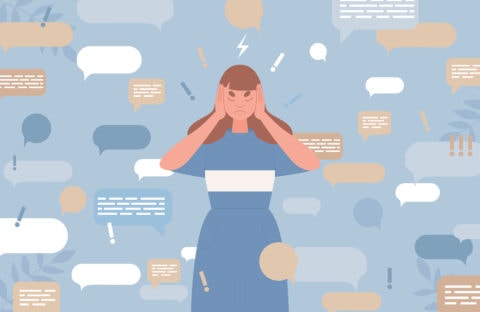 In a world where information is power, high-quality information is the oxygen for our societies’ lungs, while rumours, false information, and propaganda are like inhaling a cocktail of toxic fumes.
If there’s ever been a time to protect our Right to Know, it’s now.

Wait, what is it by the way?

The various international standards and case law that supports our Freedom to Know concerns our right to demand and receive information that is credible, trustworthy and enabling. In the white noise of information overload, the relationship between what we call the right to know, and freedom of expression is something that is not well-understood.

Can you distinguish fact from fiction?

From wild claims that bleach can cure Covid-19, to conspiracy theories that China unleashed the virus as a weapon, misinformation and disinformation have been rife during this pandemic.

Too much information, especially during times of crises, can prevent us from making sense of things. In fact, when overloaded with information, our brains are unable to cope and will often privilege gossip over quality, which partially explains why rumours and false information tend to spread so rapidly. A classic example of this is “fake news” which typically appeals to emotion and basic psychological drivers such as hopes and fears, and is therefore more likely to be believed.

Smear campaigns, political pamphleting, and government propaganda pre-date the digital era. And even as the Internet has democratised information, it has also amplified these challenges to an unimaginable scale. In India, misinformation has been linked to the explosion of “hate speech” and abuse both on and offline, in the US, data gathering by Cambridge Analytica was used to plant “fake news” which manipulated the elections, and a study by the University of Baltimore suggests that the global economy will lose over $400 billion annually from health and financial misinformation, reputation management, and fake political advertisements.

The economic cost of misinformation alone is staggering. Combined with evidence that it is making the benefits of accuracy and transparency of information even harder to enjoy – to detect truth from lies – the fact is that misinformation is rapidly eroding trust in electoral processes and the means to protect democratic values.

But who really is responsible? Do rumours spread on their own? Are they an aspect of freedom of expression we have to live with in order to – paradoxically – protect our right to know?

Check and go – a new mantra?

Information is no longer controlled or broadcast centrally, and traditional checks and balances, such as rigorous fact-checking or implementing journalists’ codes of ethics, are vital but difficult to sustain at scale. The fact is most people share without checking sources first.

Over the ages we’ve reduced the risks of cooking with fire with improvements such as better ventilation, gas safety alarms and flame-free cooking. We need to approach misinformation in the same way: by making incremental improvements across all our civil and political institutions. We need to develop new behaviours commensurate with the new technologies that actively promote the protection of rights.

But rather than tackle the root causes, many governments around the world are trying to solve the problem by increasing censorship and control. This is the worst possible direction to take – as we’ve seen – the effects of government control over information related to Covid-19 in Iran earlier this year have been disastrous.

Enough already! What do I really need to know?

Ultimately, we can’t fight misinformation with any kind of sticking plaster or draconian laws that limit our freedoms. Solutions must emphasise more – not less – high quality information, and focus on radical transparency. We need to teach media literacy, and learn to be literate with media across numerous channels.

Other legal measures include building on the work of human rights and journalists, using Open Source Intelligence, and calling on social media platforms to take a human rights approach to content moderation.

Join us and share these tools and ideas on how to use the right to information to mark the International Day on Universal Access to Information on 28 September.

On this occasion, Ilaria Fevola, our Legal Officer for Transparency at ARTICLE 19, will be addressing the challenges women have been facing in accessing information during the Covid-19 pandemic and present successful stories as well as introducing our new briefing on “Tackling gender inequality through access to information”. The webinar will also feature a project from our Right to Information team in Mexico, translating crucial information about the pandemic in indigenous languages, which appeared to have been crucial for women.

The stakes are higher than ever

We know and we feel a state of uncertainty in the world unlike any other period in history. Who to trust? Who to believe?

Our ability to seek, receive and impart credible information is central to creating societies that nurture freedom and understanding. And it is this same freedom that allows us to scrutinise governments when they are wasteful, corrupt or violent with our families and communities. And that is why we must defend and protect it with determination and consistency.

We all need to be able to distinguish truths from lies and facts from fiction and we need those in power to exercise radical transparency.

As we will reveal through new data next month, we need to stay awake and act before these ideals become the privilege of the few. Look out for the release of the Global Expression Report to see how your country is meeting the challenge of legislating for misinformation, and much more.

Thanks for reading. If you enjoyed this update from ARTICLE 19, invite your friends and colleagues to subscribe and learn more about how to protect our vital freedoms.