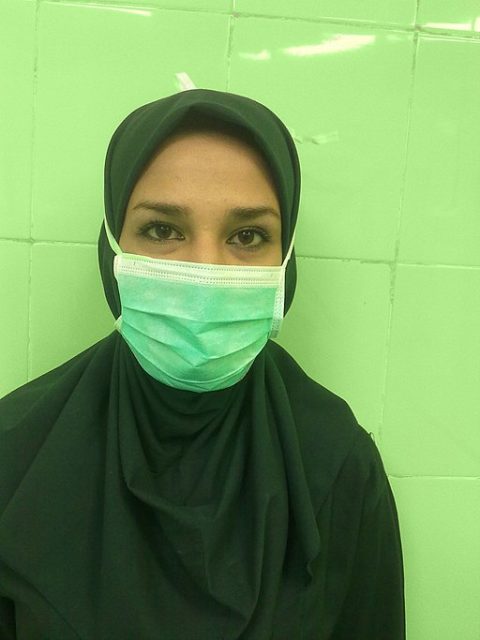 The coronavirus outbreak in Iran is an international cause for concern. The Government’s mismanagement and lack of transparency, coupled with international sanctions that affect the free flow of information, is creating a massive health crisis for both Iranians and the international community. At its core, the crisis has highlighted how the Government’s ongoing suppression of freedom of expression and access to information is failing the Iranian people at a time of crisis.

The Government appears more concerned with controlling rather than sharing information. In the midst of much needed government intervention to distribute resources, quarantines and awareness about the virus, Tehran’s police force has created a “coronavirus defense base” to monitor “misinformation and the spread of fear” about the virus, which has already led to three arrests in Tehran on 25 February. Iran’s Cyber Police, known as FATA, declared they have also set up a national taskforce to “combat” rumours about the spread of the virus. They announced the arrest of 24 people for spreading “misinformation” about the outbreak on social media, while another 118 have received warnings. These vague charges are a huge concern for freedom of the press and expression online, particularly given the suspected government mismanagement of the crisis and the suppression of crucial information

Government cover up over spread of virus

Given the massive leap in those infected over the past few days, and the quick spread of those infected to outside of Iran (with origins inside of the country) it is highly plausible that government authorities have been withholding information about the virus. Iran’s Ministry of Health estimates 338 people have been infected and 34 have died as of 28 February (the highest number outside of mainland China, and the largest number of deaths in proportion to number of infected), with approximately 40 people outside of Iran, infected after recent visits. However, conflicting reports from a lawmaker in the province of Qom, alleging 50 deaths, and hospitals overrun with coronavirus patients in his province, as well as medical statistics have led to suspicion about a government cover-up over the true numbers of those infected and dead.

Both health information and transparency about the outbreak are vital for tackling the crisis. However, the Ministry of Health (MOH) has a bad track record for transparency. Under Iran’s access to information law and policies, public bodies such as the MOH must publish and provide information requested by citizens. However, ARTICLE 19’s research has shown that the MOH is the least responsive institution on Iran’s access to information portal. We have found questions about charities under the MOH and their financial reports have been left unanswered.

There are exemptions listed in the law that can be used to deny requests but they do not apply if the information requested would reveal the existence or emergence of environmental hazards or public health threats. Coronavirus would firmly fall under this definition. During an international health crisis like this, the MOH and its subsidiaries should be actively providing information not just responding to requests. The law itself requires proactive publication about “Procedures and levels of services provided directly to the public” under Article 10. However, Article 10 also dictates that bodies under the control of the Supreme Leader can block an information request if it “is [in] opposition by the Supreme Leader.” These bodies could include institutions such as military hospitals, which could undermine effective transparency about the crisis and allow the suppression of public information.

The Iranian government must proactively publish comprehensive information about how they are combating the coronavirus outbreak, including more details about the procedures they have in place and services being provided.

Restrictions on the free flow of information across the internet are another barrier to countering the spread of infection. Many doctors and medical staff, exasperated by the lack of proper government oversight and organisation, have resorted to posting their own social media clips, offering instructions on how to sanitize and prevent further infection. In the face of such massive infection and death rates (proportionally, higher than China, the source of the virus), the Iranian authorities must place emergency measures to lift barriers to access information online. The social media and messaging platform, Telegram, remains one of the most widely used platforms for news inside of Iran, with millions of public channels delivering news to Iranians. Telegram was filtered in April 2018, a decision that must be reversed in light of this ongoing crisis. The bodies responsible for Internet policy (the Ministry of ICT, the Supreme Council for Cyberspace, and members of the Committee Charged with Determining Offensive Content), Iran’s National Security Council and the Ministry of Health must encourage the government to lift these censors, and allow the free flow of information that is necessary to raise awareness of this deadly virus among Iranians from all walks of life.

The impact of US sanctions

The United States Government and US companies can also help by resolving issues of overcompliance with US sanctions, which have meant many services on the internet, such as websites and platforms run on Google Cloud Platforms and the Apple App store are blocked inside Iran. One of the most reliable maps tracking this pandemic, run by Johns Hopkins University, has been blocked in Iran, due to invalid interpretations of US sanctions by the technology company, Esri, who host the map.

In the face of a serious health crisis, information can save lives.  Transparency and access to information from the Iranian Government, a freely accessible internet, and the support of the international community has never been more important for Iran.